A new Deakin University study exploring why some men choose not to have children aims to shed insights into a topic that has had little air time in Australia.

Imogene Smith, lead researcher on the project titled ‘When men choose to be childless: an interpretative phenomenological analysis’ (published in the Journal of Social and Personal Relationships) said there was a lot of research around why women choose to remain childless, but very little about men’s choices, especially gay men.

“Which is interesting because in Australia and many other countries globally, rates of childlessness are higher in men, and some of the studies that have been done on both sexes show men who decide not to have children struggle with this decision more than women,” she said.

Smith interviewed a cross section of 11 men who identified as not wanting to have children.

Many struggled with communicating their decision and postponed having a serious conversation about parenting with their partners.

“Many of the men in the study felt sure they were ‘on the same page’ as their partners because they often shared banter and jokes about not having children. But we found there was a lot of worry around having dedicated conversations about intention to have children,” Ms Smith said.

Smith acknowledged that men can face declining fertility as they age – a trend noted by reproductive scientist Professor John Aitken in his address to the Fatherhood Symposium in May.

“At least 1 in 20 males is sub or infertile,” he said.  “In fact most men are sub-fertile. It’s a situation that is probably getting worse with the passage of time,” he said.

Says Imogene Smith: “In the past, evidence has shown childless men have lower health outcomes, are at higher risk of social disconnection, and face negative stigma. So research like this is about helping us to support the growing number of men who may be choosing not to become fathers live a happy and healthy life, as well as those who may want to become fathers but cannot.

“It is important that people feel supported, whatever their life choices or life path.”

Deakin University has been tracking the view of more than 600 Australian men between 28 and 24 in a broader longitudinal study on fatherhood. 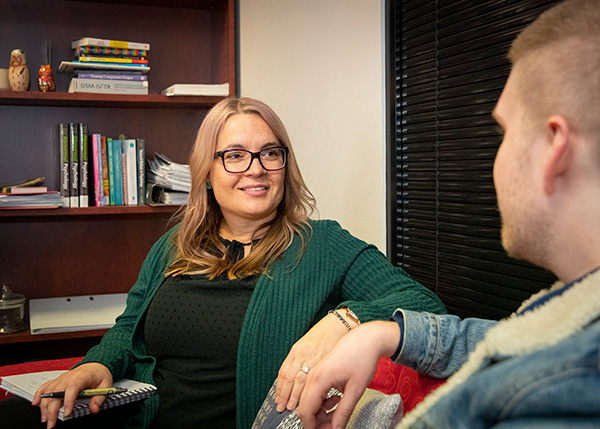 Imogene Smith interviewed 11 men for the Deakin University study into men who choose to be childless.

"In this wider study we have been looking generally at men’s family pathways, but 3 per cent of participants indicated they did not want children at all,” Ms Smith said.

“So a qualitative analysis like this one allows us to drill down further and conduct a detailed exploration of these men’s reasons for choosing to remain childless, and the effects they thought this would have on their lives.”

Reasons for not wanting to have children included:

“I have found how it deeply affects men individually, socially, culturally, emotionally, and relationally over the life course,” he says.

“One thing all the men I have interviewed have said is ‘There is something missing.’ Not only did the men miss the father-child bond but also in the sharing of that parenting experience with family, friends and colleagues.

“There are other ways in which the childless men were ‘missing’ too. As we grow older, our social networks have a significant influence on our health and wellbeing. Adult children are an important element in their parent's support network and provide the majority of informal care. Not having children automatically reduces both vertical familial structure and affects the wider formal and informal social links that children can bring.

“Understanding the potential social impacts of childlessness can help us develop policies and practices to support childless people throughout adulthood. As childless men are mostly missing from the research literature, it is important that we examine men's experiences of childlessness to ensure we can respond to the issue in a gender sensitive way that takes into account the needs of all childless men.”

DOWNLOAD When men choose to be childless: an interpretative phenomenological analysis (Deakin University)