news.com.au, the news and entertainment website, has launched a campaign to highlight the issue of male suicide. The Australian Men's Health Forum (AMHF) has been involved in "The Silent Killer: Let’s make some noise" campaign, providing expert opinion on some of the actions we need to take to prevent male suicide.

“There’s not enough of a gender focus. Pretty much all of the resources invested in suicide prevention are delivered in a gender neutral way, which may seem fair and egalitarian, but if we fail to take into account the differences between men and women, then we fail to put the focus and energy where it’s most needed.”

“We are focusing a great deal of resources into supporting people who’ve previously attempted suicide, which is a very beneficial thing to do. However the vast majority of people who report attempting suicide are women. Mostly having attempted to overdose. Which often doesn’t capture the men who have been contemplating suicide." 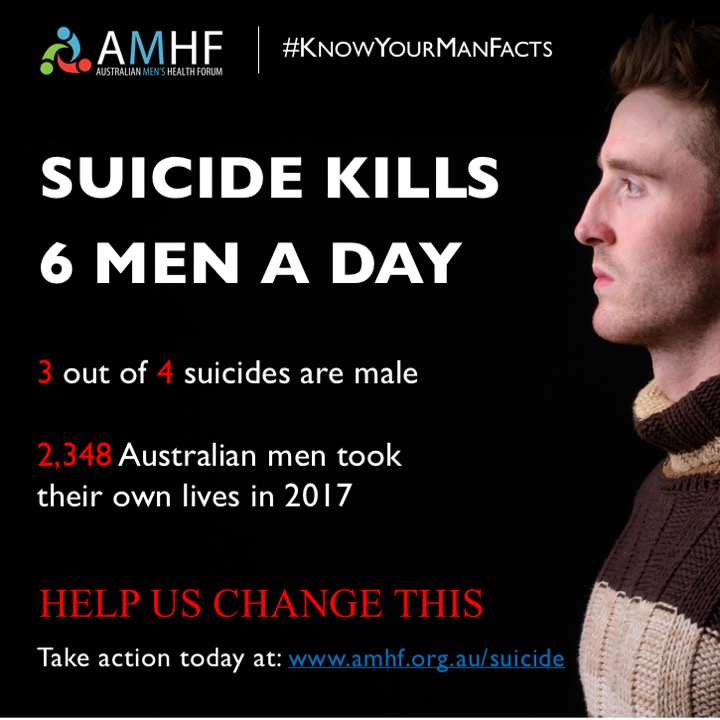 “Men are far more likely to die at the first reported attempt. We don’t get a second chance. Our conventional approach to suicide prevention, which is to encourage men to talk more about their feelings about their mental health, is missing the point".

“Most men who end up taking their lives are dealing with life crises, not necessarily dealing with mental health issues that require a conversation about their feelings.”

As part of its campaign, news.com.au has published a series of articles on male suicide which it has developed in partnership with a range of men's heath organisations including AMHF, Movember and Gotcha4Life.