Parents Beyond Breakup is calling for assistance to help with the fallout of COVID-19 and its impact on separated dads.

The national parents support charity, which runs Dads in Distress support group, has piloted a ‘Virtual Verandah’ to help dads at risk of suicide connect with their peers.

But they need funds to roll out the service across Australia.

“The initial feedback is overwhelmingly positive, with dads telling us the service is essential and keeping them alive,” said Parents Beyond Breakup CEO Peter Nicholls.

“This week, we’ve helped fewer dads than normal, because of the coronavirus, but we’ve also piloted the Virtual Verandah, which gives us the technology to reach more suicidal dads than ever before. The only thing that is preventing us from rolling out the service and saving more lives is lack of Government funding." 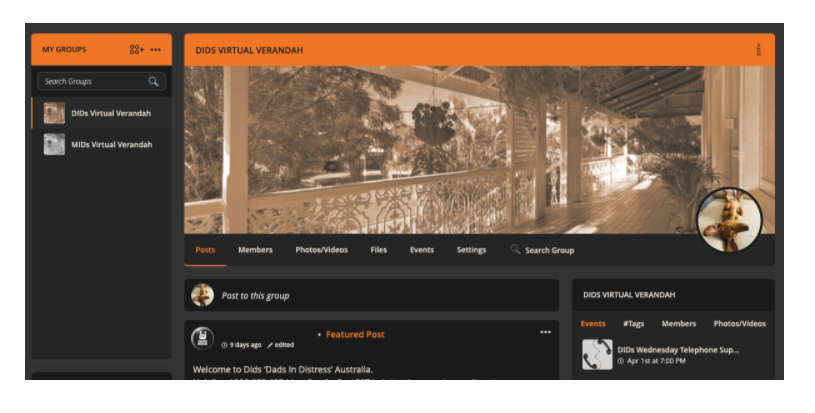 The call comes together with the Australian Men’s Health Forum today raising the alarm on an expected rise in male suicide as a result of coronavirus-induced social isolation.

AMHF CEO Glen Poole said the Government needed to take “innovative action to save more lives from suicides linked to isolation and financial distress in the coming months.

“Our immediate concern is for older men who have a higher rate of suicide than any other age group. Support services like men’s sheds are closing their doors and older men are becoming more isolated in the process.”

According to the report, relationship breakdown has a significant and long lasting impact on divorced men - eight times more likely to kill themselves than divorced women.

Funding should help more men access services like Dads in Distress, which supports more than 10,000 separated fathers as risk of suicide every year.

“Three in four suicides are men, but the majority of people using mental health services are women. When dads separate, they need a specialist service that understands the issues they are dealing with. Our programs have been working to keep dads alive and in their kids’ lives for 20 years, yet we don’t receive a dollar in suicide prevention funding from the Government,” Nicholls said.

Read: Men’s health initiatives scale back in the face of coronavirus (AMHF)

Get latest information on COVID-19