The National Aboriginal and Torres Strait Islander Male Health Convention was opened by Ken Wyatt MP, Federal Minister of Indigenous Health. His speech highlighted the importance of the father-son relationship to men and boys’ health. "We are proud of country and we are proud of tradition and that keeps us healthy," he said.

Day Two of the conference was opened by Federal Health Minister Greg Hunt, who focused on the draft National Men’s Health Strategy and promised a detailed action plan “that will lead to real outcomes”. He told delegates that “your task, if you choose to accept it, is to work with us to develop that plan" 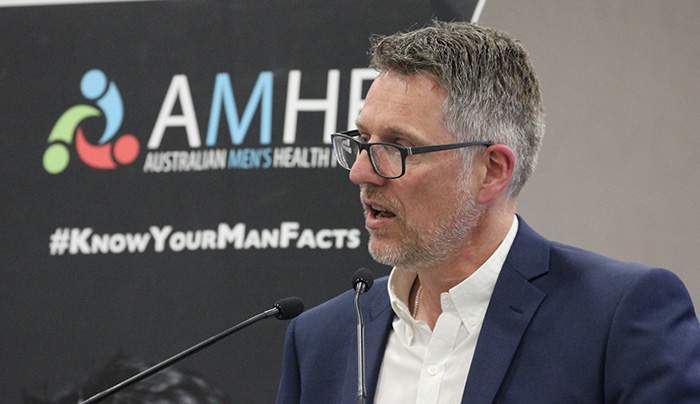 AMHF President, Jonathan Bedloe, said it was important to create an opportunity for collaboration, and a safe space for sharing. “We need a diversity of perspectives,” he said.

With the social determinants of men's health a key focus for speakers, Bedloe highlighted fatherhood as being an important factor in the development of boys. “We know that boys do better when a father is present and engaged,” he said.

Presenting the keynote address on Tuesday, Professor Tom Calma, Chancellor at the University of Canberra, highlighted the diversity of the indigenous community with 140 different languages spoken across Australia. “We shouldn’t be homogenising everybody, we have to treat people differently,” Professor Calma said.

With the life expectancy of indigenous males 10 years less than non-indigenous males, Professor Calma called for “a human rights-based approach” which was “targeted to need.”

In a panel discussion titled, ‘The Social Factors That Shape Men’s Health’, Western Sydney University Professor John Macdonald said there should be less focus on the causes of disease, and more on “what keeps us in life.”

“Not enough people have jobs that are rewarding. The availability of jobs is too low, living costs are too high,” he said. “Improve the quality of life, people, and health will improve substantially.” 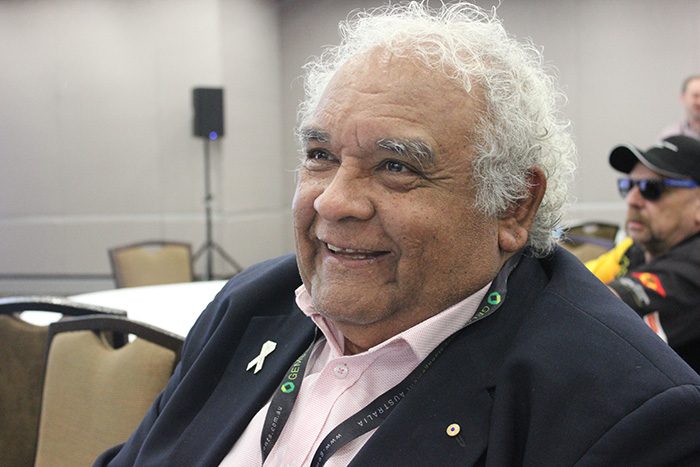 Delegates were updated on latest developments to the Male Health Policy and the Ten to Men Program, an on-going data-driven initiative steered by the Australian Institute of Family Studies to provide evidence-based research that will inform development of health policies and programs targeted to the needs of men and boys.

Alan Philp, Director at the Department of Health’s Preventative Policy Section, said the 2020-2030 Men’s Health Strategy would build upon the Male Health Policy established in 2010.

He refuted stereotypes that men did not go to doctors, reporting 81% of males aged 18-45 had reported seeing a GP in the last 18 months. However, he said GP services and hospitals were not male-friendly. “Hospitals aren’t there for patients, they are there for professionals.”

Greg Smitheram, from the NSW Ministry of Health, reported on the extensive consultative process that led to the development of a men’s health framework in NSW focused on four areas: mental health and well-being, cancer, healthy living and chronic disease, and sexually transmissible infections.

Reporting on the Western Australian Men’s Health and Wellbeing Policy, Gary Bryant, said social determinants of health, “encourage us to have a deeper understanding of health,” and underpin the approach to policy development.

The conference concluded with a presentation from Craig Martin, Global Director of Mental Health and Suicide Prevention at the Movember Foundation, who underlined the need to make a fundamental paradigm shift in tackling men’s health. 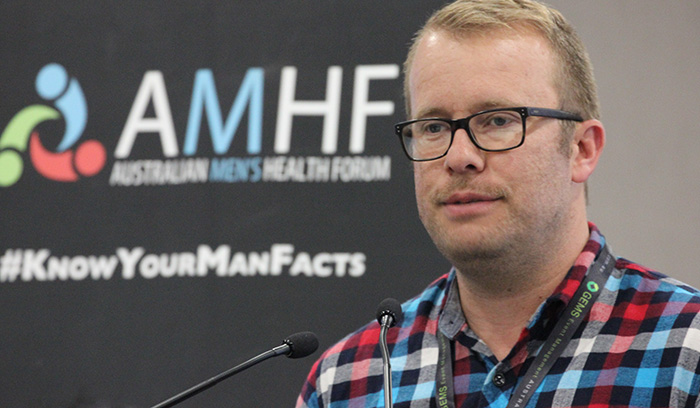 The Movember Approach focused on designing interventions with a male lens that were effective in improving outcomes for men.

“I’m a massive believer in social determinants, but clearly masculinity does play a role,” Mr Martin said.“Traditional approaches tend to focus on an impersonal approach, uses jargon that men don’t relate to, demonises masculinity and doesn’t leverage the strengths of masculinity.

“We need to take a strengths-based approach, leverage positive aspects of masculinity including things like courage, action orientation, leadership, self-reliance and male service – helping others.”