With Gillette’s recent advertising campaign controversially taking a position against ‘toxic masculinity’, several Australian artists have taken a deeper look at what it is to be male.

Gold Coast artist and writer Samuel Leighton-Dore’s solo exhibition at the Sydney Gay and Lesbian Mardi Gras this week, explores the idea that men’s pursuit of physical strength is what makes them vulnerable.

"Toxic masculinity to me is behaviour that is born from a sense of fragile masculinity,” Leighton-Dore told 10 Daily.

“When we hold on to our idea of masculinity too tightly, we lose all flexibility in that area. That's where I think toxic behaviours come from.” 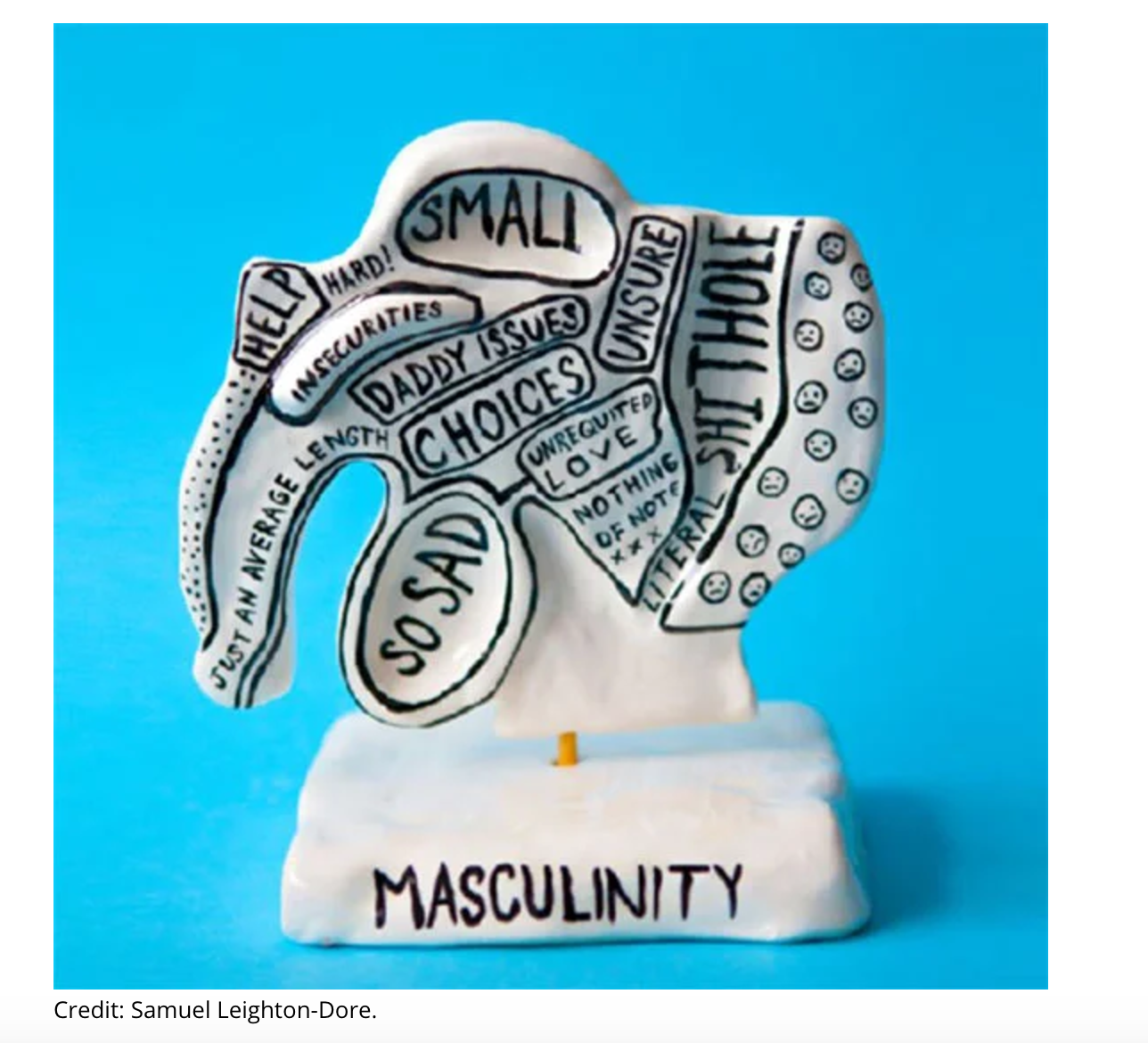 One piece reimagines the cover of Men’s Health magazine to headline issues that challenge masculine stereotypes such as finding the right psychologist, how to deal with rejection and ’25 ways to ask for help.’

"I wanted to imagine a world where mental health was viewed in the same light as gym culture," Leighton-Dore said. 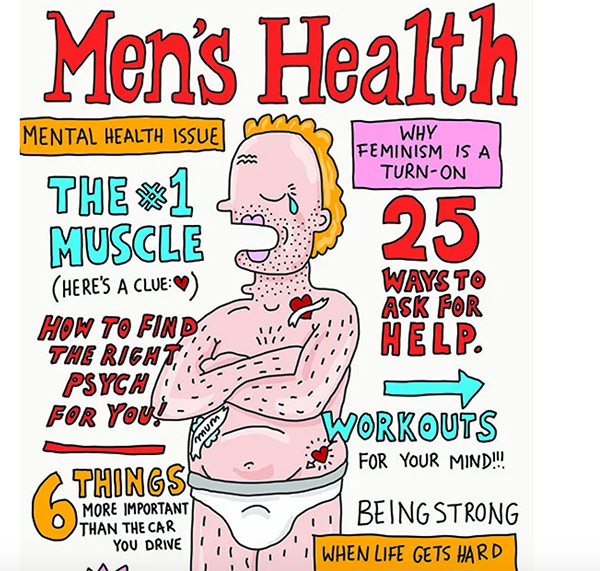 WA author Tim Winton, an ambassador for The Fathering Project, explores a young boy’s quest to lift himself out of a violent family background in his 2018 novel, The Shepherd’s Hut.

“As models for blokes, he’s never had a good example,” says Winton of the central character, Jaxie, a teenager at risk.

Speaking on a Studio 10 panel, Winton was asked to provide a definition of toxic masculinity.

“If your way of being a person enhances people’s lives and makes them feel safe and nurtures decency, then that seems to me to be a positive way of being a bloke.”

“Too many of us get the decency trained out of us as boys and adolescents, so that you get caught in this narrow, nasty, poisonous, slowly repressed and violent form of masculinity.”

Winton said it was incumbent on men to speak up and say, "that’s not good enough," when they saw others behaving poorly, but acknowledged that it was hard to counter messages of ‘male superiority’ fed by home influences, schools and the media.

“Who’s calling these kids out?” he asked.

READ: What can we learn from Gillette’s masculinity ad? (AMHF)

Photo by Seth Doyle on Unsplash