The theme for Men's Health Week 2019 (Monday 10th - Sunday 16th June) has been announced by our friends at the Men's Health Information and Resource Centre at Western Sydney University.

International Men's Health Week is celebrated every year around the world in the middle of June. It is an important opportunity to highlight men's health and what it means to be healthy.

Men's Health Week is designed to provoke thought and discussion about what needs to be done to improve the lives and health of men and boys, through a series of promotions, events and publicity around the country.

Men's Health Week works on the understanding that the best people to improve men's health in Australia are those who live, work and play alongside men and boys in communities around the country.

The theme for Men's Health Week in Australia in 2019 has been announced and will be: "Keeping Boys And Men Healthy".

Anyone who wants to run an event promoting Men's Health Week event can register their event on the Men's Health Week website and receive a special event pack to support their efforts in engaging local men and boys and help them run successful events.

Last year, the Australian Men's Health Forum launched the #KnowYourManFacts campaign, which included popular infographics and highlighted how men’s health is shaped by social as well as individual factors. Click here to download or to print.

You can share them online or print them off and use them as posters of handouts. We launched these infographics as part of our #KnowYourManFacts campaign in 2018 and they've been so popular we've decided to update them for you to use again this year.

The two infographics use very similar information but we found when testing their popularity around half of people preferred this graphic version which you can download or print here. 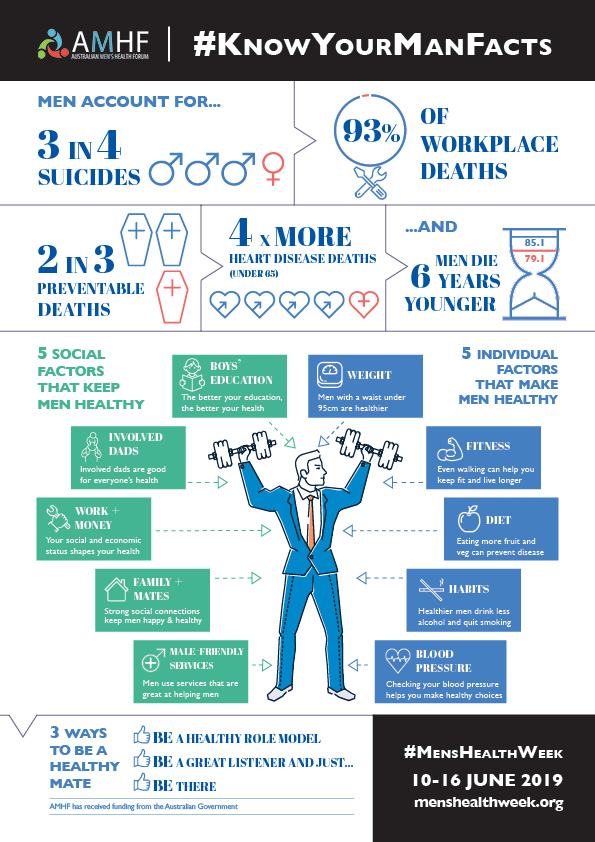 The second infographic with takes a more pictorial approach was equally popular so rather than choose between the two, we decided to make both versions available to download and print here. 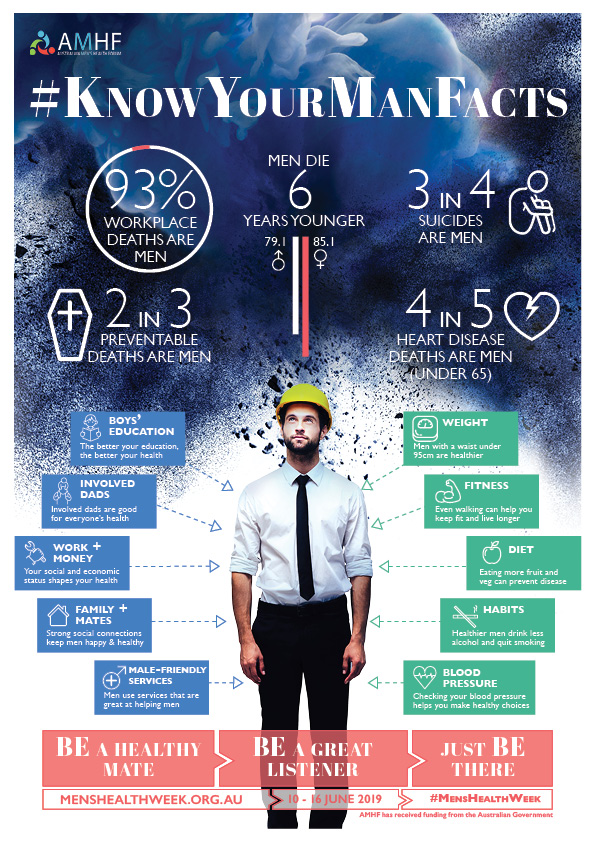