The 2022 Men’s Health Award winners, presented by the Australian Men’s Health Forum, will be announced on Wednesday, July 27.

AMHF will reveal the winning individuals and projects from an impressive list of nominations across Australia and more than 3000 votes for shortlisted candidates. The five national awards include:

AMHF's judging panel will choose the National winners, and a State and Territory People's Choice award made to those with the highest public votes.

“The breadth and depth of nominations for this year's Men's Health Awards show that the men's health sector is going from strength to strength,” said AMHF CEO Glen Poole.

“Each year, these awards shine a light on new projects working to improve the lives and health of men and boys as well as recognising initiatives that have been making a difference for many years.”

The Award winners will be announced via Zoom starting at 4pm. Those who wish to attend may email [email protected] with the words ‘Men's Health Awards 2022’ in the subject line. Details about the live event will be issued upon request. 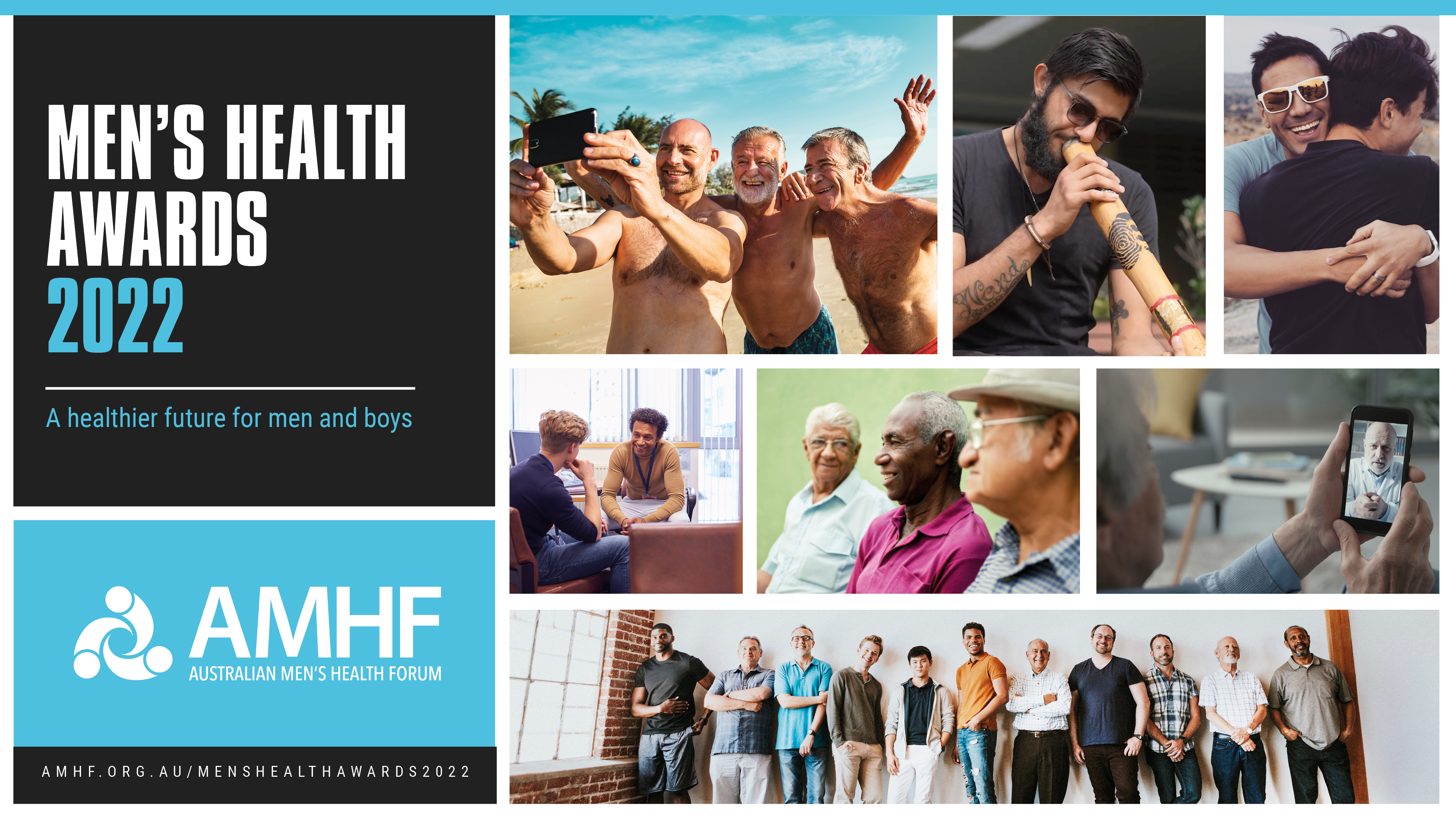