Bringing out the mullet for mental health

While November is the time to be growing moustaches in the interests of raising awareness about men’s health, September has been declared mullet month by the Black Dog Institute.

A particularly fashionable hairdo in the 80s and 90s featuring short hair around the scalp and long hair at the base, people are encouraged to grow a mullet to raise money for mental health research.

"Your mullet will help us drive real change through ground-breaking research into the early detection, prevention and treatment of common mental health disorders,” says organisers, the Black Dog Institute.

So far over a million dollars has been committed and 4,002 mullets are set to take shape next month. One 23-year-old local rugby player from NSW’s Illawarra region, is attacking headlines with his flamboyant version of the hairstyle."I started growing it out with just a rats tail from the top of my head," Jake Kinzett told the Stawell Times. 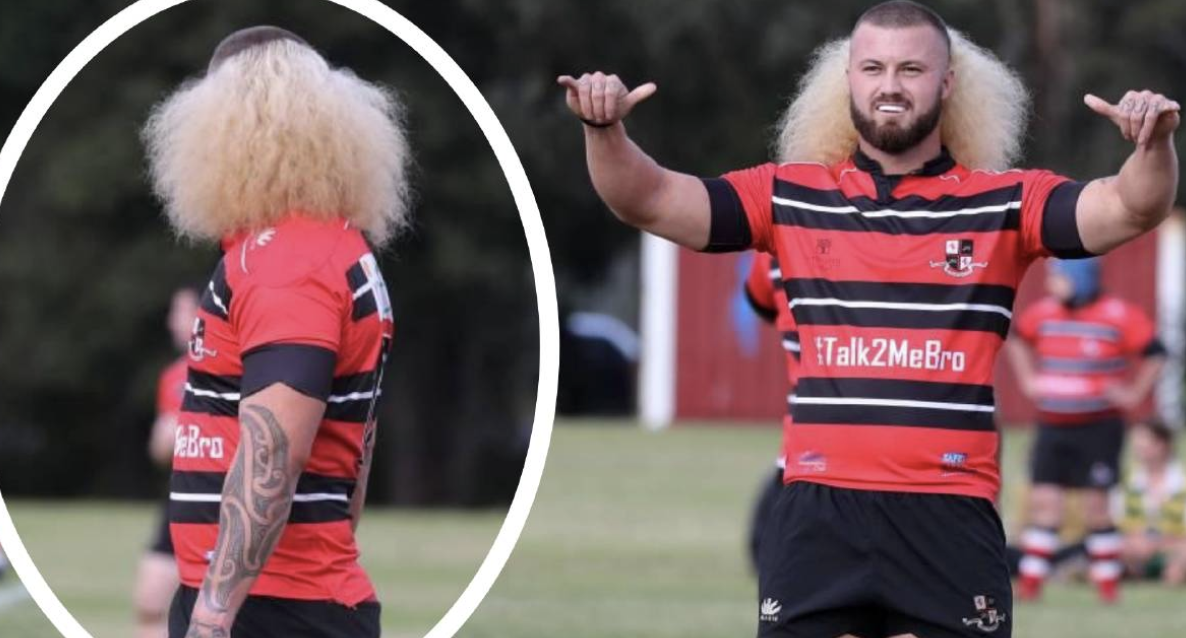 "Then I grew it into a mohawk, but everybody started getting mohawks, so I shaved the top of my hair to be different. "People started getting mullets, so I decided to bleach mine blonde. I'm fortunate to grow a fluffy afro, so it stands out."

The entire Gerringong Lions playing group have committed to the initiative, motivated by the recent loss of five people in the community who died by suicide. Tyran and Callum Wishart said they stumbled across the fundraiser and wanted to address the recent tragedies in their town.

"The recent passing of five people in our community, two of which were close friends of ours, really sparked our desire to go ahead with the mullets for mental health fundraiser,” said 20-year-old Tynan.

"This is a cause we've held close to us in the past due to the passing of a family member." Added Callum, 24: "We believe raising awareness about this issue is massive," he said.

"But what's also even more important is having new and contemporary resources put in place for those in need.

Need some inspiration? Here’s how to DIY a mullet.

Or check out the best hairstyles at the 2019 Kurri Kurri Mulletfest.

More than 65,000 Australians make a suicide attempt ever year and 75% of those who die by suicide are male. It is the leading cause of death for Australians between 15 and 44.

On ABC Radio this morning (August 25) with Virginia Trioli, a talk back caller expressed her grief at losing her 17-year-old son in February and said more had to be done in schools to address suicide.

“I’d like to see having these conversations in the schools … ongoing, I want kids to know that if they are feeling vulnerable and not coping, or see a mate who is not coping, they need to know what to do,” said Katrina Barnett from Geelong.

“I feel strongly that we need to talk about this in the school’s and not just a one-off conversation.” Katrina said kids needed to know more than a number to call.

“They need to know what happens when they call these people. What happens next.”

“The life we have now is not what we had, and not what we want,” said the devastated mother. “There’s been a lot more talk about suicide this year, maybe I am just more attuned to it.”

"It's a hard group to tackle, to identify causes, and to assist them," he said, adding that this group were isolated and did not access support services.

WATCH: Are we too silent about male suicide?

Judge Cain pointed to the social determinants of family issues, personal crisis, unemployment and financial stresses as putting men at higher risk and said more needed to be done within the community to reach men.