The suicide prevention charity, Parents Beyond Breakup, has undertaken a survey to explore which organisations and entities separated dads most trust when seeking help after breaking with a partner.

While at some point, 47.1% of the men surveyed had been clients of Dads in Distress, more than half of the respondents had never used the organisation’s services.

Dads in Distress estimates it has contact with 1000-1500 dads a year. Men were asked what changes they had experienced as a result of receiving the DIDs support. Of these, 83.8% reported a reduced level of hopelessness, 83.1% were able to cope more effectively overall and 70.5% reported reduced thoughts of suicide. 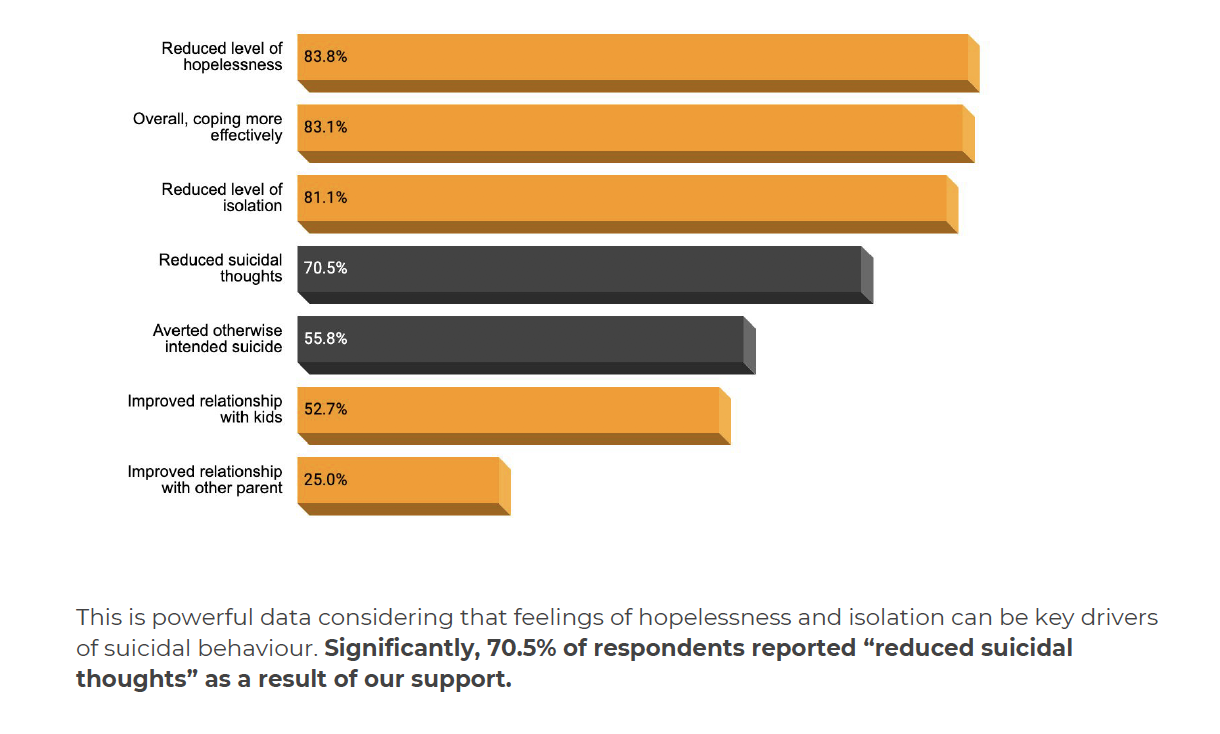 Key findings from the 2020 Dads in Distress Vision Report

The 2020 Dads Survey discovered that men most responded to empathy and ‘being heard’ in their contact with Dads in Distress. “I wasn’t judged. I was given proper care and I was listened to as a victim of domestic violence,” said one respondent.

Men accessing the service said they would like a 24-hour helpline. “Hard to find", said one man. “You should be advertised everywhere.”

Parents Beyond Breakup would like to see targeted funding specifically for supporting dads going through relationships breakdown, and the inclusion of lived experience voices of dads in both research and policy development.

Dads in Distress had its beginnings in 1999 when Tony Miller – a separated dad from Coffs Harbour – formed a local support group to help him combat his personal struggles. Awarded an OAM for his work in 2010. Dads in Distress expanded to Mums in Distress and the umbrella organisation, Parents Beyond Breakup.

Following the COVID-19 pandemic, DIDs responded with the delivery of a 'Virtual Verandah' to help dads across Australia with an online 24-hour response platform. In June, Parents Beyond Breakup won the Australian Men's Health Forum Award for 'Significant Response to COVID-19'.