The 2022 Men’s Health Awards celebrate the exciting work being done across Australia to help improve the health and wellbeing of men and boys. Some with funding, others not, these individuals and organisations are committed to taking action in the men’s health sector.

“We were thrilled to see such a strong and widespread list of people nominated for the Awards this year, including many great projects in Queensland,” said AMHF CEO Glen Poole.

TIACS was established by the founders of the TradeMutt workwear brand, which makes eye-catching workwear designed to start conversations about mental health. The TIACS clinical team consists of experienced counsellors and mental health professionals and is available Monday to Friday, 8am to 10pm. TIACS has supported around 8,000 clients with half of first-time callers saying they have never contacted a mental health provider before. 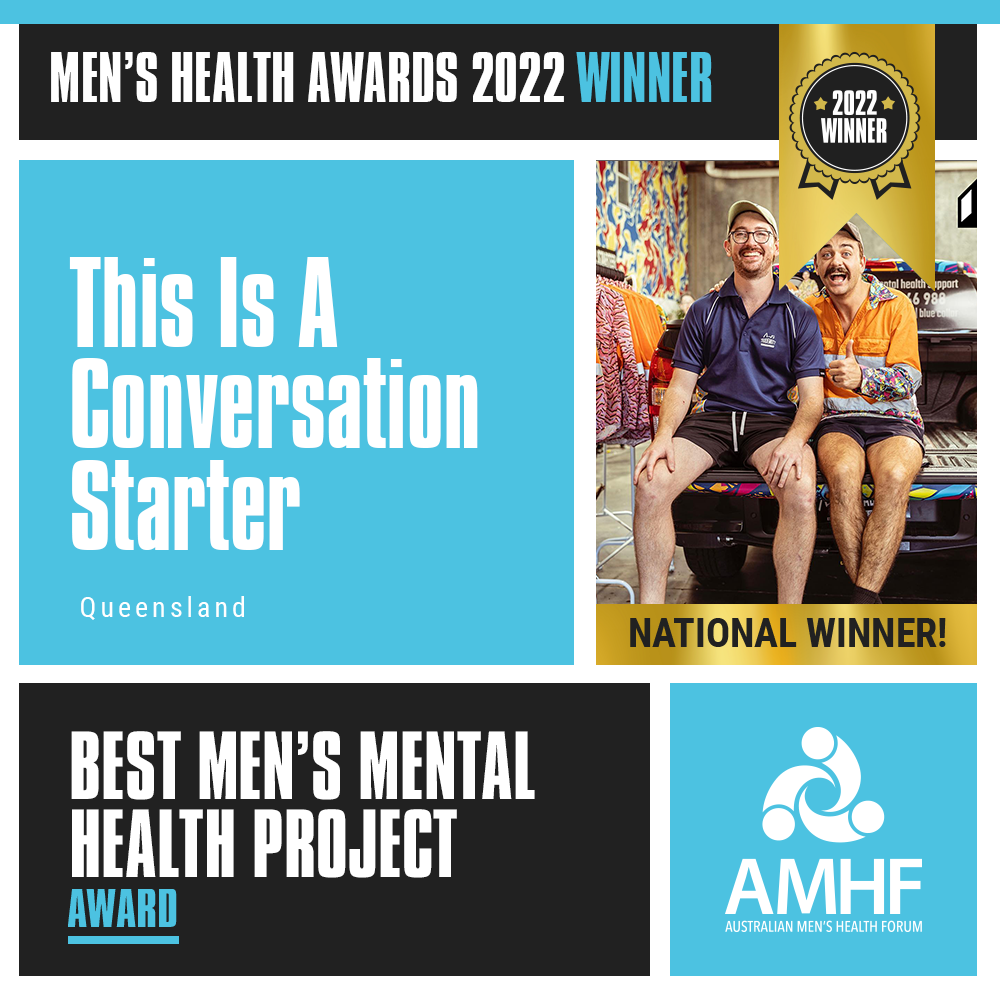 Brodie Germaine is a proud Pitta-Pitta & Wakaya Man who was born and raised on Kalkadoon Country, Mount Isa, QLD. Brodie works full-time at an Aboriginal Medical Service as a Family Wellbeing Worker in Mount Isa, Doomadgee, Burketown and Normanton as well as running his own Personal Training business - Brodie Germaine Fitness. “Being able to do the work that I do, gives me the opportunity to advocate and empower my mob and also help people holistically,” he told QATSICPP, the peak body representing 35 Queensland Aboriginal and Torres Strait Islander community-controlled child protection organisations in Queensland. 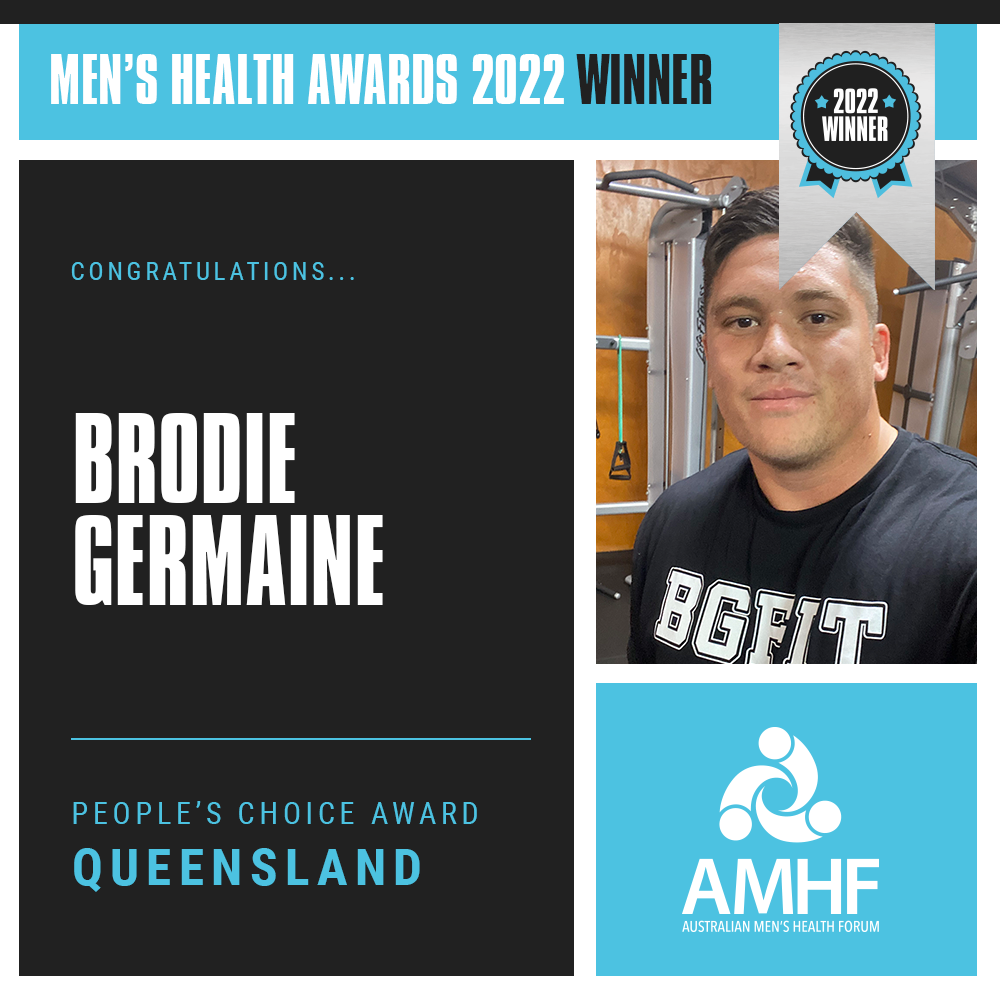 The following groups and individuals from Queensland were shortlisted for a 2022 Men’s Health Award:

MATES in Construction [Men’s Health Leaders] has been delivering industry-backed, research-based, suicide prevention and support since 2008 and in 2021 was highlighted by the World Health Organisation as a best practice approach to preventing suicide. Beginning life in the construction industry in Queensland, MATES now operates across Australia and New Zealand within a range of male-dominated industries including construction, mining and energy. To date, more than 230,000 construction workers have participated in the MATES program and more than 22,000 volunteers have trained as "connectors" across more than 1,000 work sites.

Jason Bluett [Contribution to Men’s Work] launched the Primal Man Project three years ago and has grown his community to over 350 men in 15 countries, who have taken part in over 250 events and programs including men's circles, retreats and workshops. He creates space for men to share in areas of finances, relationships, self-esteem, motivation, direction, purpose, parenting, health, habits and anything else that is challenging them to learn and grow as men.

AMHF congratulates the great work being done by the following groups, projects and individuals from Queensland nominated in the 2022 Men’s Health Awards.

Aaron Schultz – Outback Mind. Aaron is passionate about men’s mental health and is the author of a popular podcast. His approach is described as conversational, unassuming and without ego. He facilitates men’s circles, but also connects with blokes over a coffee or a phone call, “making himself available to anybody seeking advice.” Aaron overcame crippling anxiety and poor lifestyle behaviours before turning his weakness into his strength.

Grant Westthorp has for over 14 years contributed significantly to the health and wellbeing of men in Australia and specifically regional Queensland. Grant has assisted thousands of men to overcome mental, physical and social distress. The new Men's Life Promotion Survival Handbook reflects information, strategies, inspiration, practical tips and life skills gathered from Grant's personal journey and from men that Grant has worked with.

Alex Kenny runs men’s workshops throughout the southeast Queensland Samurai Brotherhood, Mankind Project and The One Man. “His dedication to serving young, old, and wise men is shown in his selfless volunteering and personal development workshops,” says a supporter.

Sam Parker is the founder of Grab Life By The Balls, a fast-growing movement that brings blokes together over a burger and a brew. Sam wants to bring down men’s suicide rates and make positive change to men’s mental health statistics. He creates an environment for men to be themselves, and takes a proactive, solution-orientated approach.