In Tasmania, the 2022 Men's Health Awards highlighted individuals and organisations who are committed to taking action in the men’s health sector.

“We were thrilled to see such a strong and widespread list of people nominated for the Awards this year, including many great projects in Tasmania,” said AMHF CEO Glen Poole.

Brendan Sullivan won the Contribution to Men’s Work Award, created to celebrate the work being done in bringing men together at gatherings and men’s circles. Launceston City Council’s new initiative Barbers For Life took out the People’s Choice Award for Tasmania. 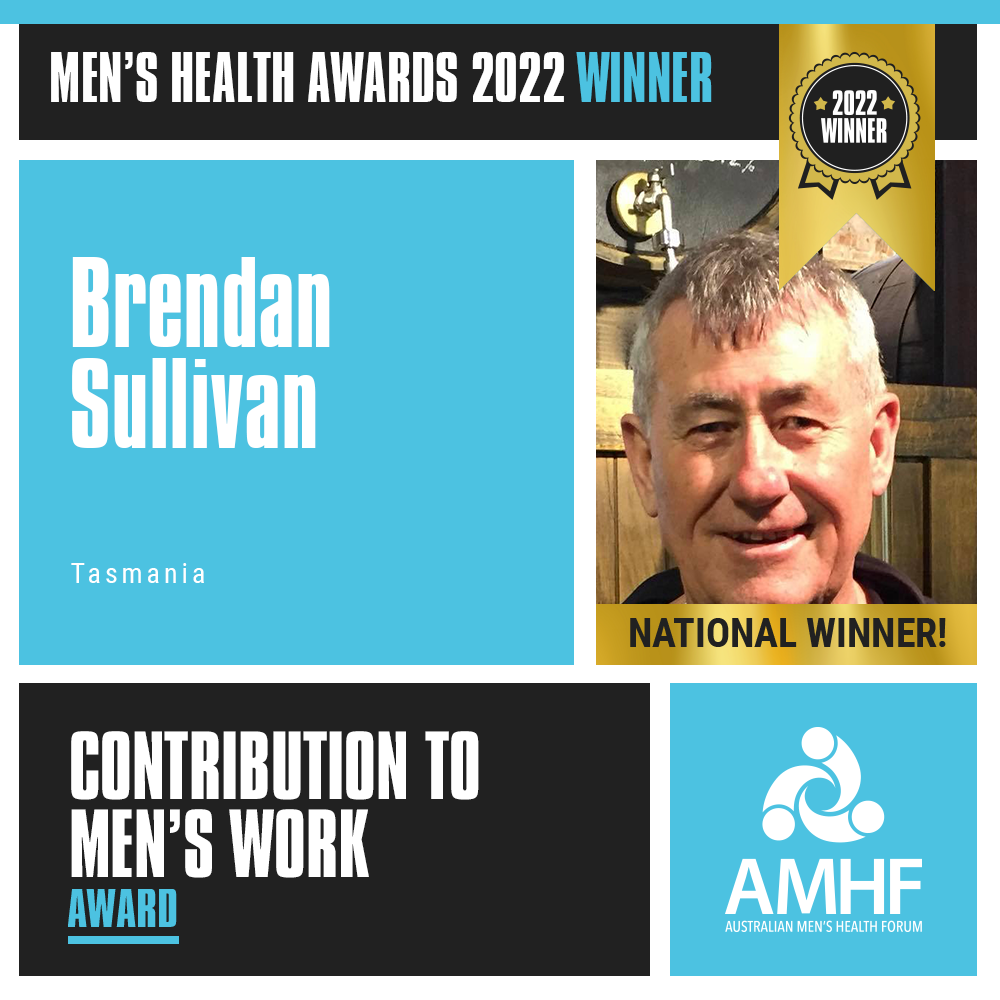 Brendan has been working in the field for 25 years. He is one of a core group of men who started the annual Tasmanian Men's Gathering, which is now celebrating its 25th year and has touched the lives of hundreds of men. He was the inaugural President of TasMen, the organisation that hosts the Gathering, and is currently President of Men's Resources Tasmania. Brendan operates as an Executive Coach and brings the essence and passion of men's work into his corporate and community work. As one supporter said: "Brendan is a central pillar in the Tasmanian men’s wellbeing community.  Without his support, influence and leadership many of Tasmania’s male wellbeing projects simply wouldn’t be the same." 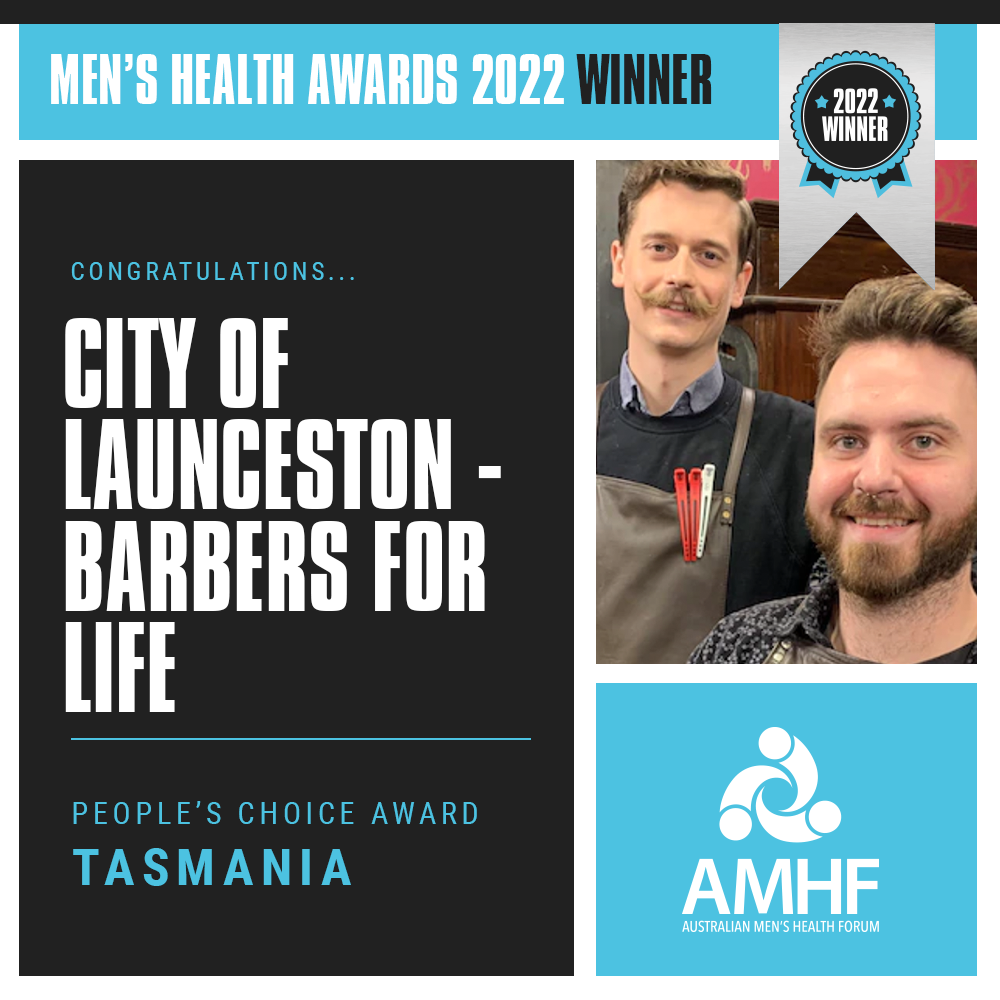 Barbers For Life won the Tasmania’s People’s Choice award and were shortlisted for the Best Men’s Mental Health Project. Funded by the City of Launceston, Barbers For Life is a community-led network of barbers who have gathered to support the community and raise awareness around suicide prevention. The barbers are given Mental Health First Aid training through a set of mental health support tools and resources.

Congratulations to Men Care Too, who was shortlisted for the Men’s Health Leaders Award.

Men Care Too aims to provide news, information and resources for the more than one million men in Australia who are in unpaid caring roles. One of its resources, The Men Care Too weekly newsletter, celebrated its 200th edition at the end of 2021.The driving force behind Men Care Too is Greg Smith, a male carer himself, who has been caring for his mother since his early 20s. Men Care Too runs one-off events, often with the backing of the local Primary Health Network. Recent events have included the 2021 Allied Mates Forum for frontline workers, focused on making local services more male-friendly and the Mates Night event for Men's Health Week 2022.

Tasmania is also home to range of organisations working with men and boys, many of which have featured in previous Men's Health Awards. They include TasDads, TasMen, Man Up Tasmania, Tasmania Men’s Sheds Association, SPEAK UP! Stay ChatTy the Bethlehem House Men's Shelter and the DIY Dads social housing project.