Mr. Perfect has been named winner of the NSW Men’s Health Awards in Sydney today.

Yesterday in Brisbane, TradeMutt took out the Brisbane ‘trophy’ and this morning in Canberra, Men’s Health Downunder took top honours.

Mr. Perfect says that its Meetup BBQs across the country welcome men to attend in an open space, which makes it less confronting, comfortable and accessible for men. They also provide support for men and their families through their online forums and online content.

Mr. Perfect says the feedback they receive from attendees shows the model works. One attendee said: “I felt really comfortable coming along and meeting people. There were open conversations about depression and anxiety from the organisers in casual conversation before I even spoke; encouraging me to speak up without fear of judgement.” 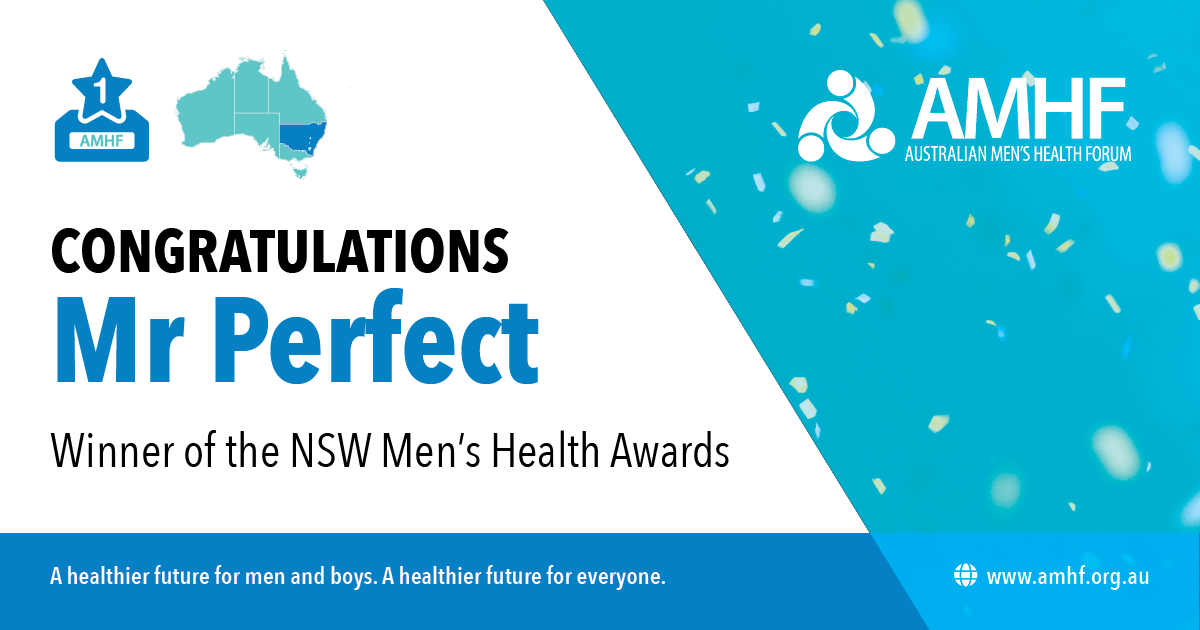 In NSW the following were also shortlisted from an outstanding field:

The Hunter New England Male Health Network, a program run by the HNE Local Health District and led by Ken McKenzie, the district’s Men’s Health Co-ordinator. It has over 300 registered members from dozens of government, non-government and community based organizations and services.

The Fly Program (Men In Flight), a 12-week program, including a 4-day adventure retreat, targeting men of working age with symptoms of depression, anxiety or stress.

The Banksia Project, a start-up not-for-profit organisation that focuses on men’s mental health wellbeing. Launched in 2015, one of its key offerings is its Growth Room peer-to-peer support model, which has been designed by mental health professionals.

Professor Philip Morgan, co-director of the University of Newcastle’s Priority Research Centre in Physical Activity and Nutrition. He has developed a suite of innovative health programs that engage men and their families.