New report calls for action on male suicide in Tasmania

Charity leaders are calling for urgent action to prevent male suicide in men as new research reveals that Tasmanian men have the highest rate of suicide in Australia.

On the eve of World Suicide Prevention Day (Saturday 10 September), Men's Resources Tasmania is releasing a new report on male suicide in Tasmania, in partnership with the Australian Men's Health Forum.

As well as highlighting the stark fact that 4 in 5 suicides in Tasmania are men, the report sets out five achievable recommendations to help bring down the rate of suicide in Tasmanian men, the men’s charities say.
DOWNLOAD THE REPORT: TIME TO ACT ON MALE SUICIDE IN TASMANIA 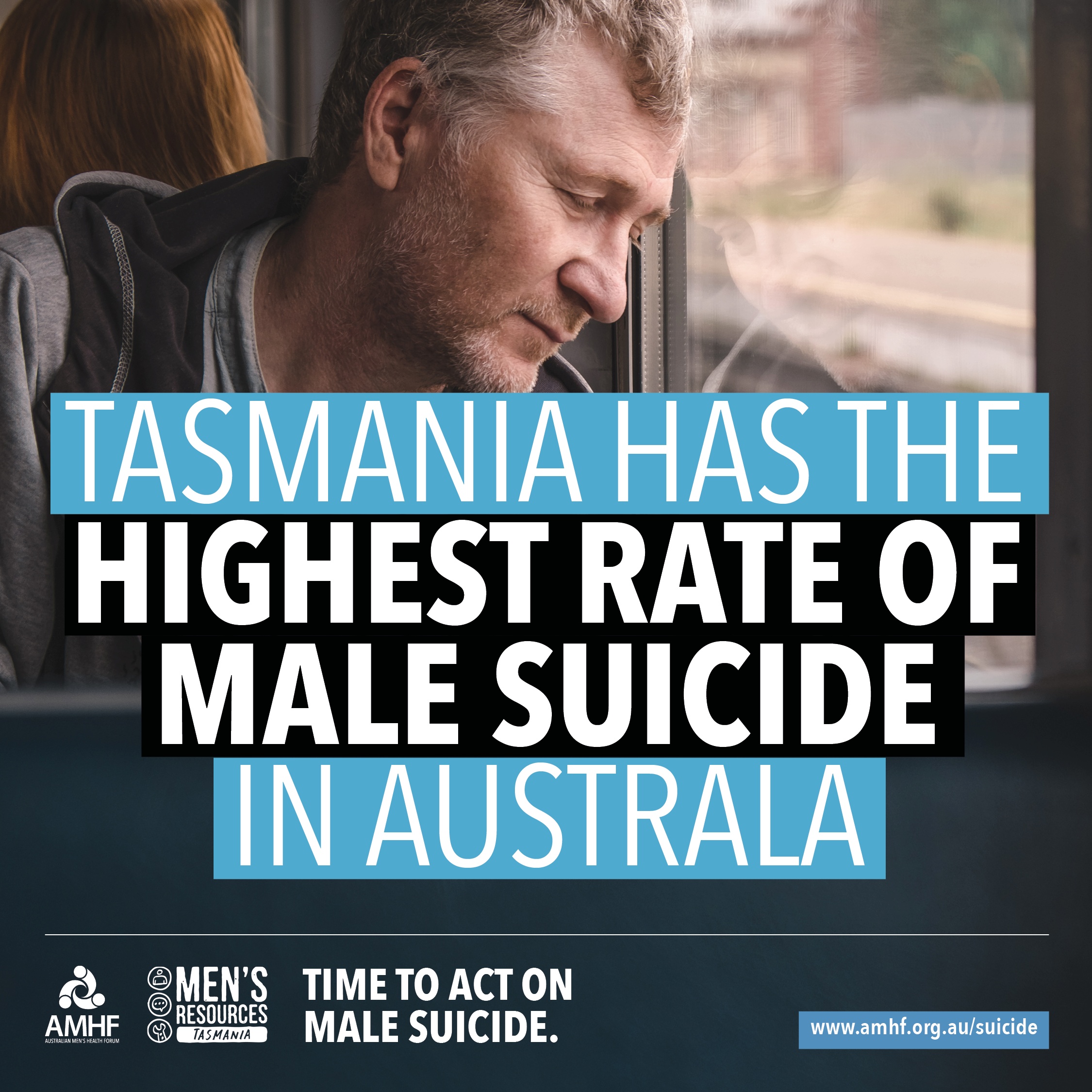 “Male suicide rates in Tasmania have risen by more than 30% in the past decade. Our research shows the vast majority of Tasmanian men who die by suicide have been in contact with services prior to their death.

According to the new report – “Time to act on male suicide in Tasmania” – data from the Tasmanian Coroner shows that around 90% of men who die by suicide have been in contact with services like GPs, mental health providers, community services, Centrelink and legal services like the police and courts. More than half of Tasmania men who suicide made contact with these services in the six weeks prior to their death.

“Research shows us that men’s and women’s experiences of suicide can be different in several ways, which can help us target suicide prevention initiatives more effectively. For example, male suicide is less likely to be linked with a mental health diagnosis and more likely to be linked with life crises like relationship problems, financial issues, unemployment and legal trouble. Knowing this means we can take a gendered approach to ensure suicide prevention resources address the specific needs of men at risk of suicide."

The report finds that current approaches to suicide prevention in Tasmania don’t take account of these gender differences and are less effective at reaching men than women. The authors argue that while 4 in 5 suicides in Tasmania are men, up to 4 in 5 people who benefit from Government-funded suicide prevention services are women.

"While we do not advocate for funding to be taken away from women at risk of suicide, it is reasonable to ask that suicide prevention funding in Tasmania be allocated in an equitable way that reflects the fact that 4 in 5 suicides are male."

The report will be formally launched at 10am, Friday 9 September, at Men's Resources Tasmania office, care of Neighbourhood Houses Tasmania, 16b Elmsleigh Road, Derwent Park, TAS 7009.

This will be followed by a webinar outlining the case for a Male Suicide Action Plan in Tasmania held at 1.30pm. For more details see: www.menshealthconnected.com
The Australian Men's Health Forum is inviting people to join its on-going campaign for a Male Suicide Action Plan with a public petition to Government. View campaign
DOWNLOAD THE MALE SUICIDE IN TASMANIA FACT SHEET