Ten to Men weighs in on male obesity

The third chapter of the Ten to Men Australian longitudinal study on male health has reported 7 in 10 men aged 35-57 are either obese or overweight.

The group’s latest report - Overweight and Obesity among Australian males -  says low physical activity was a key risk factor among young males aged 10-17 years for being overweight or obese, and for those over 18, other contributing factors were frequent medication use, poor diet, smoking, drinking and ‘lower overall life satisfaction.’

The longer that men were overweight or obese, the more likely they were to develop several chronic health conditions such as cardiovascular disease, diabetes, respiratory problems and arthritis.

In addition to the personal cost to health and emotional wellbeing, the combined economic cost of obesity in Australia was estimated to be around $8.6 billion in 2011/12 including costs associated with health care, absenteeism from work, disability payments, unemployment and loss of productivity.

“Enhancing understanding of overweight and obesity among Australian males is vital for identifying those most at risk of developing these chronic health conditions, implementing preventive measures, and addressing associated health outcomes and their effects on the wider health care system,” write the authors of the Ten to Men study, Neha Swami, Brendan Quinn, Sonia Terhaag, Galina Daraganova

Body Mass Index (BMI) was used to determine whether a male was overweight (adult BMI from 25-30) or obese (BMI of 30 or more).

While weight can be managed by the individual or the community through self-management and initiatives that promoted healthy diets and increase physical activity, Ten to Men points out that a growing body of research, ‘suggests that holistic, innovative and longer-term approaches are necessary to combat overweight and obesity (and associated conditions) comprehensively and on a larger and more sustainable scale.’

‘Changing public housing conditions to address overweight and obesity, for instance, could involve landscaping properties to incorporate fruit trees and vegetable gardens. Such initiatives could form the dual purpose of encouraging healthier diets while promoting social connection. Further investigation is warranted to identify additional novel and cost-effective approaches to combat overweight and obesity across all levels of society and especially among high-risk groups (e.g. older males).’

The fact that males who were overweight or obese were significantly more likely to have consulted a health care service, presents an opportunity for health interventions from GPs, dieticians and specialist doctors.

'Effective monitoring and management of overweight and obesity in the population is important to contribute to efforts to reduce the burden on both individuals and the health care system.' 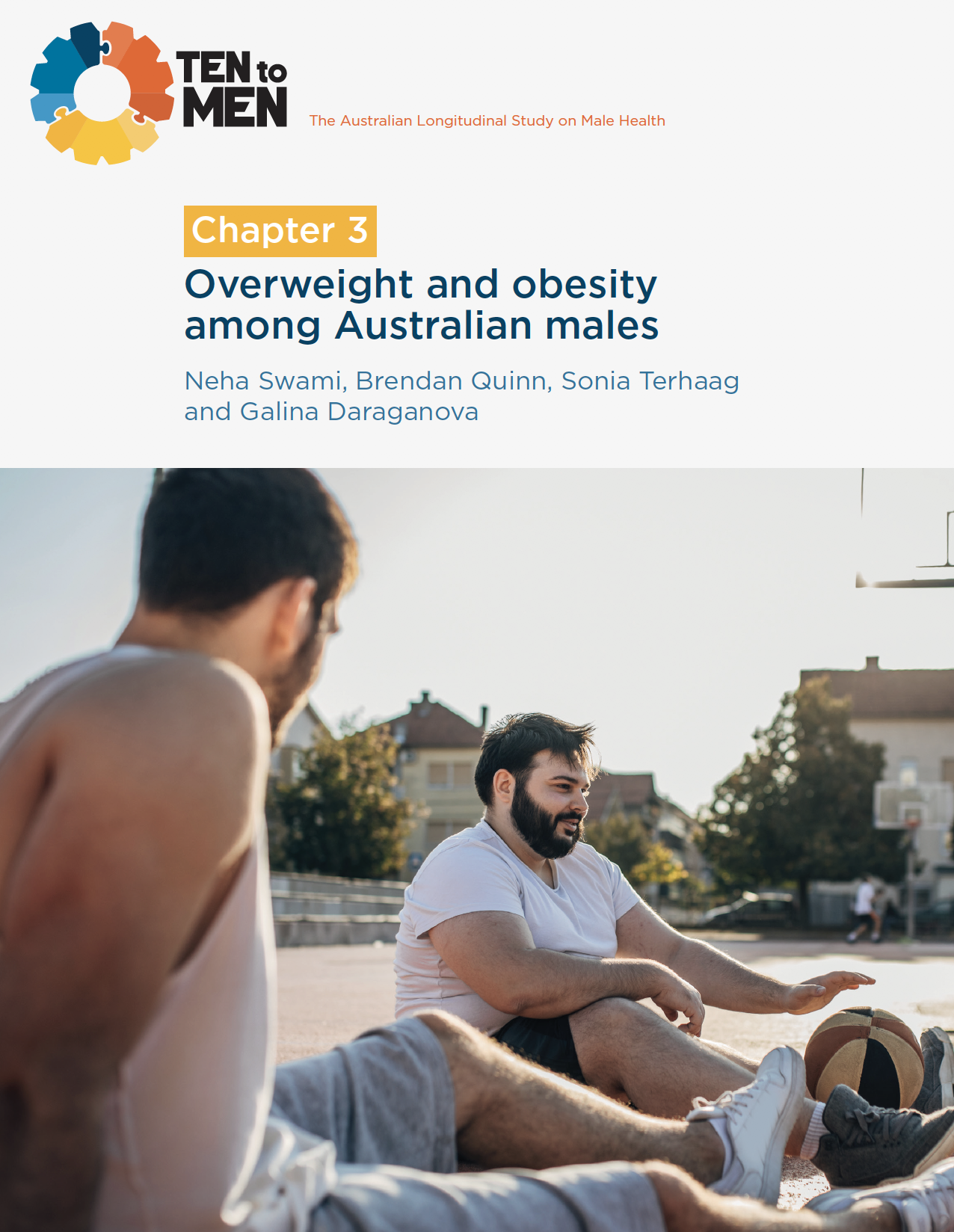