The results are in for the second impact survey conducted by the Canberra-based program for young males, Menslink.

The survey, conducted by University of Canberra, asked 130 parents, schools and young guys to rate the impact of Menslink programs over six months from July-December 2020 as Australia was reeling from the external impact of COVID-19.

Overall, the program rated 9/10 with:

Menslink CEO Martin Fisk said the report showed that Menslink is delivering on its mission to increase the resilience of young people, "now more than ever in these turbulent years".

“We know that the work we do in helping young guys then has a ripple effect on the community; it contributes to reducing crime, family violence, anti-social behavior, isolation – even suicide.”

The impact report canvasses views across 16 personal and social impact areas, as well as asking participants about their general satisfaction with the program and whether they would recommend it to others.

The survey was independently carried out by Dr James Neill, assistant professor at the Centre for Applies Psychology, University of Canberra, and included qualitative feedback.

From ‘Young Guy’ commenting on the counselling offered by Menslink:

“Come here first. If you aren’t sure you even need help or not, this is the place to be. There is a clear focus on betterment and the staff clearly want you to succeed.”

“It gives a parent massive peace of mind knowing that your son has a positive male role model and someone who has their head screwed on to give feedback and advice to them.” 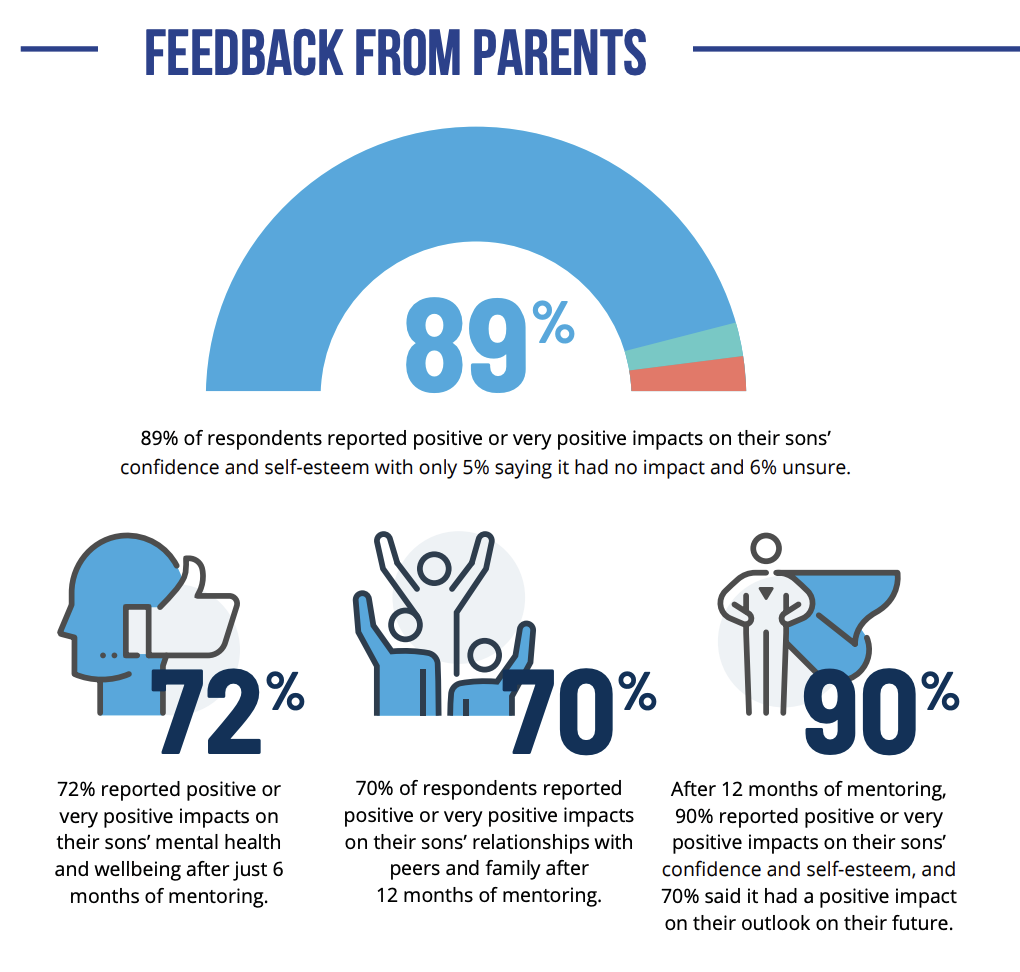 Menslink’s Silence is Deadly program for schools had 86% of respondents reporting positive impacts on their student’s ability to manage stress and anxiety.

97% reported positive and very positive impacts on their students’ willingness to seek support.

Menslink has been around for 15 years and offers a number of programs and counselling services, which continue to expand.