In the two years of his presidency with the Australian Men’s Health Forum, Jonathan Bedloe has seen a sharp improvement in the progress being made to build the lives and health of men and boys.

And much of it has been driven by AMHF. In his final report to the organisation’s Annual General Meeting on December 10, ‘JB’ noted significant contributions made by the men’s peak health body, starting with the National Men’s Health Strategy, launched in April.

“We’ve advocated for the principles of the Strategy to be extended to other areas of Government policy,” he noted.  These included:

“We’ve presented to conferences and other forums that recognise AMHF’s expertise, the value of our perspective, and our understanding of the factors that contribute to improving male health outcomes,” he said.

Jonathan said AMHF played an important role to influence research into men’s health through involvement with the Ten To Men longitudinal study, the University of Deakin’s research on the barriers to good health in men and its relationships with academics and researchers around Australia. Internationally, AMHF is one of the founding members of Global Action on Men’s Health.

Throughout his presidency, Jonathan continued his involvement with Men’s Resources Tasmania, and said the state-based Men’s Health Report Cards produced by AMHF to mark Men’s Health Week in June, had helped “build our case for the issues that are important to us”.

"The AMHF’s National Men’s Health Awards gave the sector an opportunity to get together, make connections and understand how much is happening locally."

More recently, the achievements of AMHF – along with the organisation’s history, set up and goals, have been documented in a new soon-to-be released Impact Report. Since AMHF received Health Department Funding in 2017, the body has been able to drive a number of campaigns – such as #KnowYourManFacts and International Men’s Day – as well as build a significant audience through the information it develops and shares about improving the lives and health of Australian men and boys.

“I encourage all our members to review the Impact Report to learn more about the important role AMHF is playing, and to consider how you can use the resources we are fortunate to be able to create, and how we can work together into the future,” he concluded.

Jonathan Bedloe stepped down as AMHF president to reclaim some much-needed time in other aspects of his life, however he will remain engaged in men’s health and the work done by AMHF.

Long-serving member Greg Millan was elected to the presidency at the AGM. (View Our Team)

“I am grateful to have had the opportunity to lead the AMHF in the last two years, and for the support, experience and diligence of our board members as we grow and progress towards our vision,” he said.

“AMHF has again strengthened its position and grown in its capacity and ability to influence positive outcomes for men and boys. I am excited for the future of AMHF and look forward to celebrating the organisation’s continued growth and milestones.” 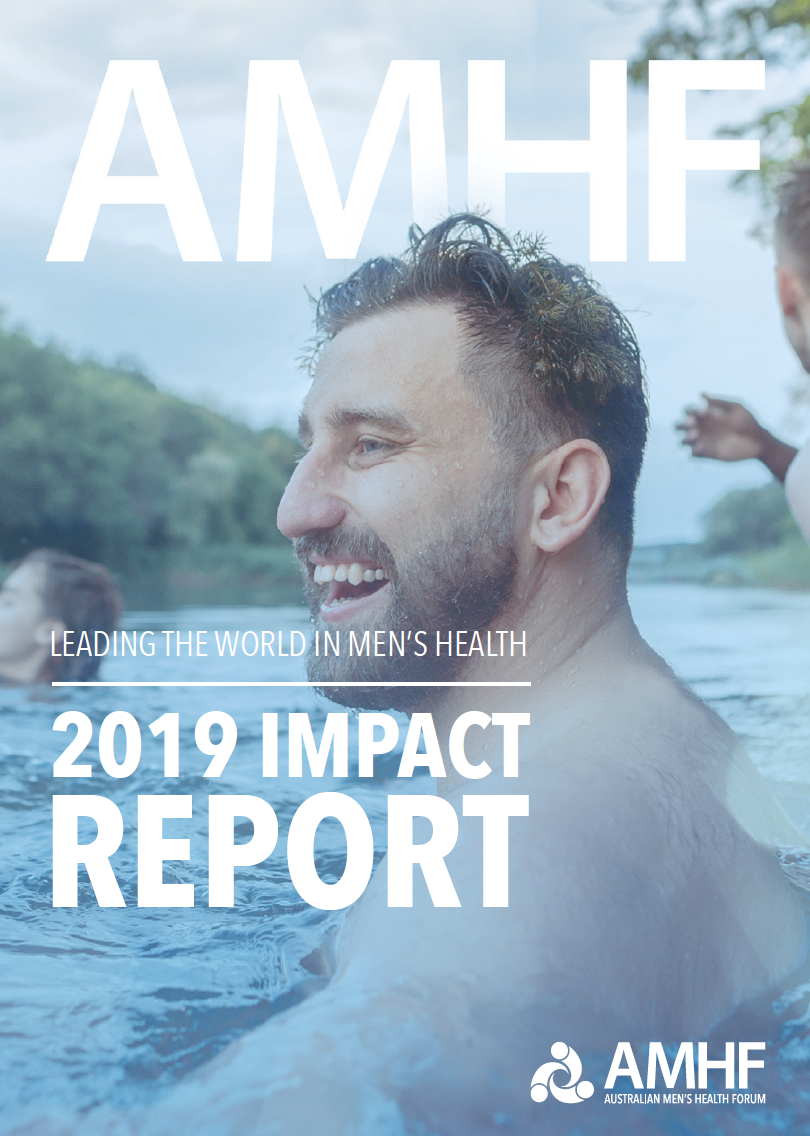 Read: 12 months in the life of men's health (AMHF)

Help us improve the lives of men and boys (AMHF)