The Men's Health Connected 2021 Online Gathering proved to be a huge success among attendees.

Held across one week from 10 May to 14 May, Men's Health Connected invited speakers from across the men's health sector to discuss a range of important men's topics. These included men's mental health and male suicide, building men's literacy, a journey back into genesis of developing a men's health policy at government level and how the grassroots men's health movement has exploded in recent years.

Specialists in nursing were invited to contribute to a discussion centred around 'nursing for men's health' and what was being done to effectively serve priority populations.

Around 100 speakers were featured and more than 700 people signed up to take part, contributing to the forum conducted over Zoom, with a variety of break-out sessions.

Our survey of attendees found that 55% of people taking part were health professionals; 25% worked or volunteered for men's organisations; 25% considered themselves "men's health advocates"; 20% worked in sectors related to health (e.g. social care) and 11% were academics. 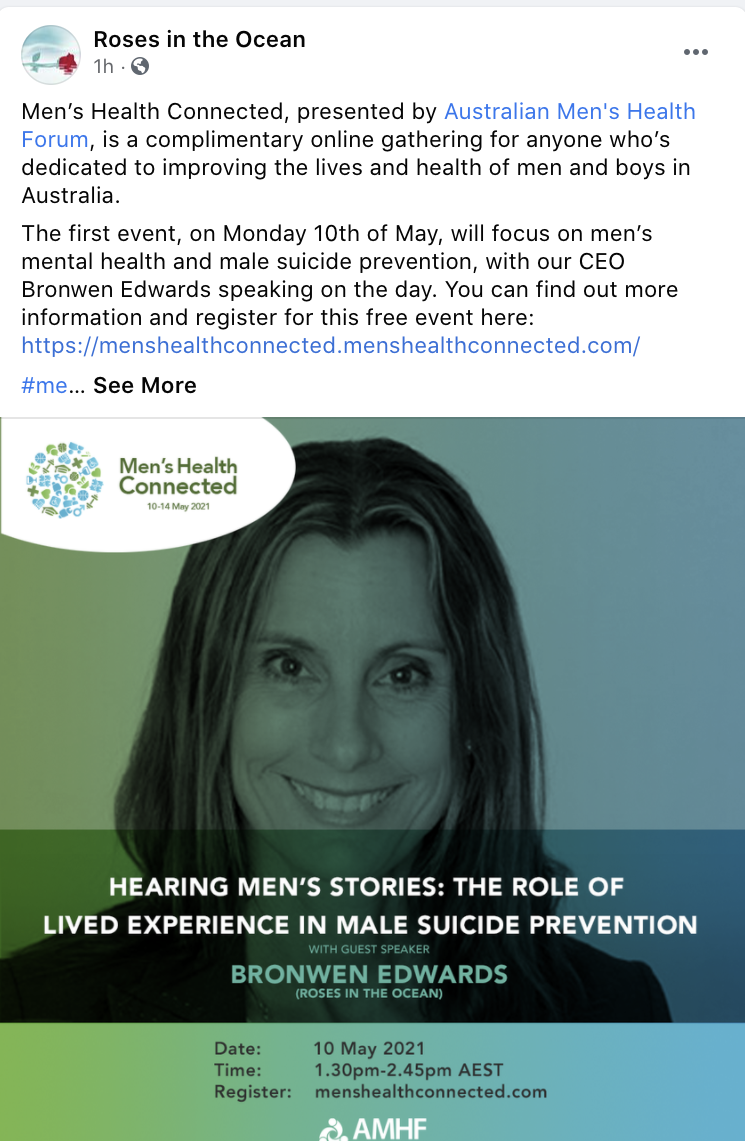 The conference started with a deep dive in male suicide and a panel discussion hosted by former Lifeline CEO, Pete Shmigel that asked “Are men a priority?” in the national approach to male suicide. Sector leaders shared their thoughts including clinical psychologist and director of Mental Health Programs at Movember, Dr Zac Seidler, CEO of OzHelp Darren Black and Dr Bernadette Boss, a former coroner, who has read 20 years of reports about mental health and suicide.

“It is my mission is to find out why people are taking their lives and how we can prevent that," she said.

Christopher Stone, Acting Director, Policy & Government Relations at Suicide Prevention Australia said his organisation was mapping the journey of those at risk of suicide, adding that services need to go to men rather than expect them to walk through the door. “Going with men, the way they think, their strengths, their practices,” he said.

READ: What needs to change in male suicide prevention

Men’s Health Literacy was front and centre on day two of the Men’s Health Connected online gathering, where researchers, health practitioners and program organisers discussed the best approach to reaching men about their health. The conference heard from University of British Columbia Professor John Oliffe, who highlighted the importance of human connection in health literacy and Professor Leigh Kinsman, from the University of Newcastle, who discussed the effectiveness of the Health Literacy Questionnaire. Presentations from the Heart Foundation and the Stroke Foundation laid down the stark facts relating to the #1 health risk for men while others in the field reported on the growing success of male-friendly programs and services such as the Aussie-Fit Program and the Man V Fat Soccer program delivered by the University of Western Australia.

Day three of the conference switched to the Men’s Health Sector, with reflections on advances in men’s health and what needs to happen to improve outcomes for men and boys in Australia. “Research found that workplace accidents, parental access, suicide and heart disease are seen more as men’s issues,” reported  Jim Reed of Resolve Strategic, who shared results from recent studies canvassing people’s views of men’s health issues that showed 62% of people felt these matters should be tackled as a priority.

Speakers addressed the dilemma of gaining better funding for men's health and how organisations had pivoted in their approach following the restrictions imposed by COVID-19 in 2020. Walk and talks, virtual breakfasts, business meetings, open forums, training and mentoring were all possible in the new normal, many male-focused programs had been able to grow their connection to men. The final session gathered the collective energy and passion of grassroots dynamos Jeremy Forbes from HALT, Myndfit’s Nick Sutherland, John Milham from Mentoring Men and the founder of Tomorrow Man, Tom Harkin.

“We’re reaching that point where there’s a massive campaign around raising awareness. The next phase is education," said Jeremy Forbes, whose organisation focuses on blue collar workers and hard-to-reach guys.

Men’s Health Connected examined the ins and outs of nursing and men’s health on Thursday 13 May, highlighting the case studies and programs that were ticking boxes when it came to effectively reaching blokes. The gathering heard from North Beach Medical Centre practice manager Helen Storer – with 31 years’ experience as a general practice nurse - John Brown, fellow at The Australian College of Nursing as well as at Healthy Male, and Men's Health Urology Nurse Practitioner Stu Willder, who pushed the power of the workplace to reach men with health education and checks.

Athol Hann, a clinical emergency nurse spoked of the fward app he developed to prevent burnout in nursing. “I’d love to see other nurses step into the innovation space and use technology to address challenges in healthcare,” he said.  “It’s okay to build stuff. We can build products, we can be innovative and creative.”

Commented one attendee of the day: "The final session with the "older" nurses was fantastic, I enjoyed my fellow PCFA nurses presentations but Brad Butt's talk on men's health was brilliant. Great stuff. I'm hoping i can watch a few more sessions in my own time."

Read: A patient response to nursing for men's health 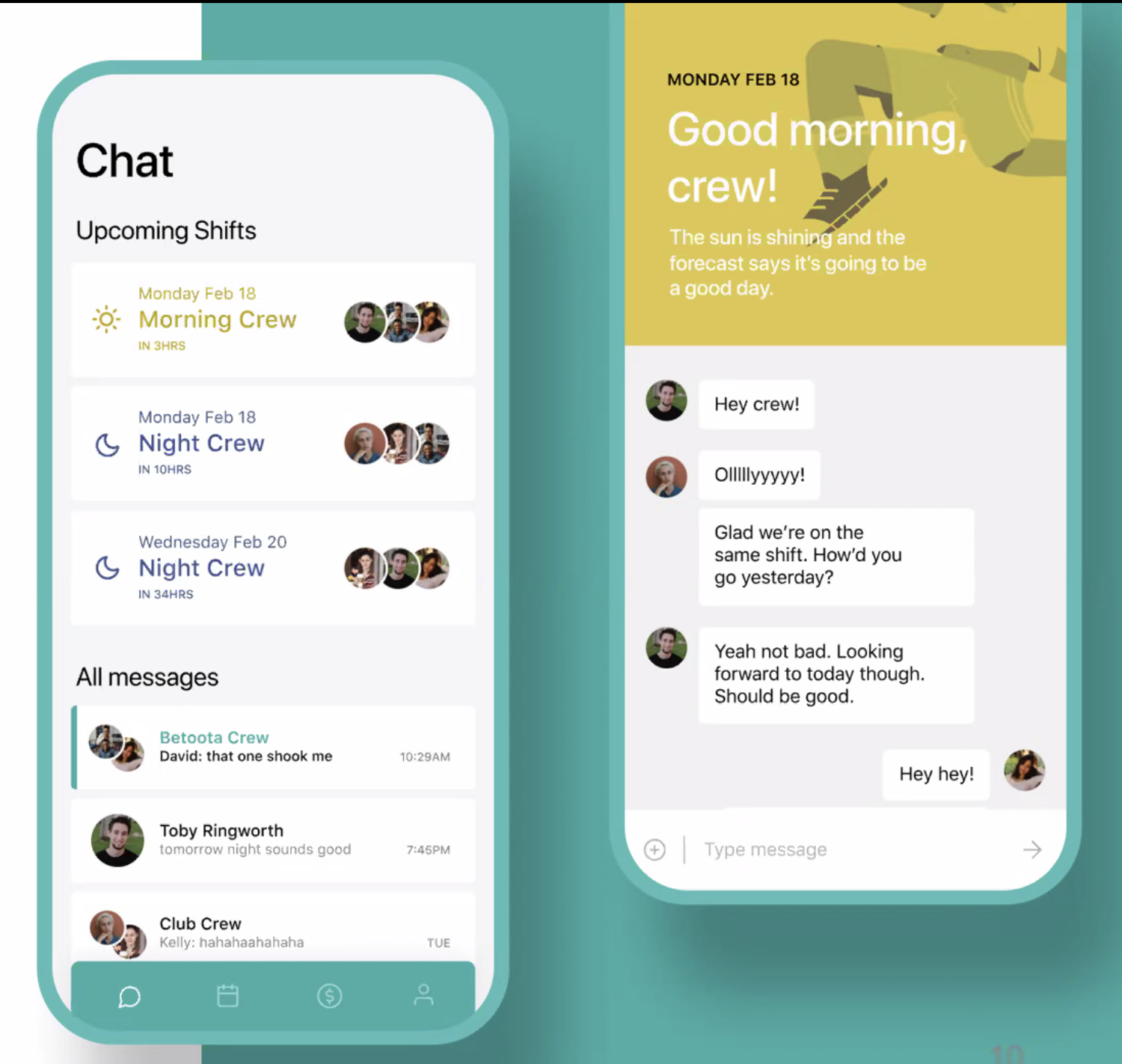 The final day of Men’s Health Connected 2021 on Friday 14 May exposed some of the more confronting, uplifting and heart-wrenching issues facing men’s health and the work being done with specific populations of men. Starting the day, Australian Men’s Health Forum CEO Glen Poole set the scene for why older men die by suicide at a greater rate than any other age group in Australia. 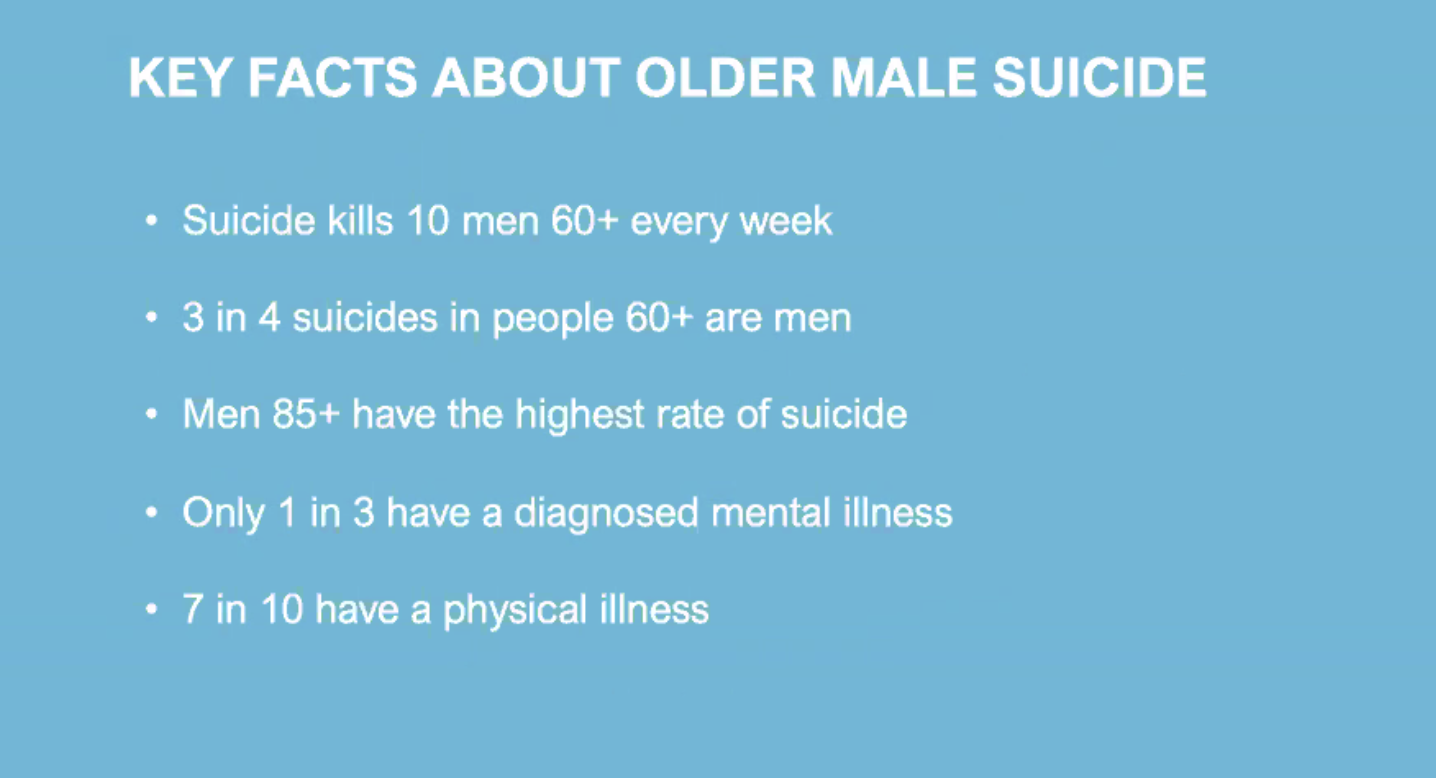 Dr Michael He, Policy and Project Officer with the Federation of Ethnic Communities' Councils of Australia (FECCA) presented a stark picture of issues relating to Culturally and Linguistically Diverse [CALD] men. “We are an inclusive, diverse country. But there are notable gaps in effective men’s service provision,” he said, adding that suicide rates among 30-49 year old CALD men were relatively high. Men in this group were “more likely to complete suicide and choose more violent suicide methods.” Greg Smith from Men Care Too outlined the extensiveness of men in caring roles, mostly unpaid unless they were receiving the carer payment of $517 a week. “You can find yourself in a caring role at any time,” said Greg, stating that there were over one million men in caring roles in Australia.

Read: Unpacking the challenges of working with priority populations of men 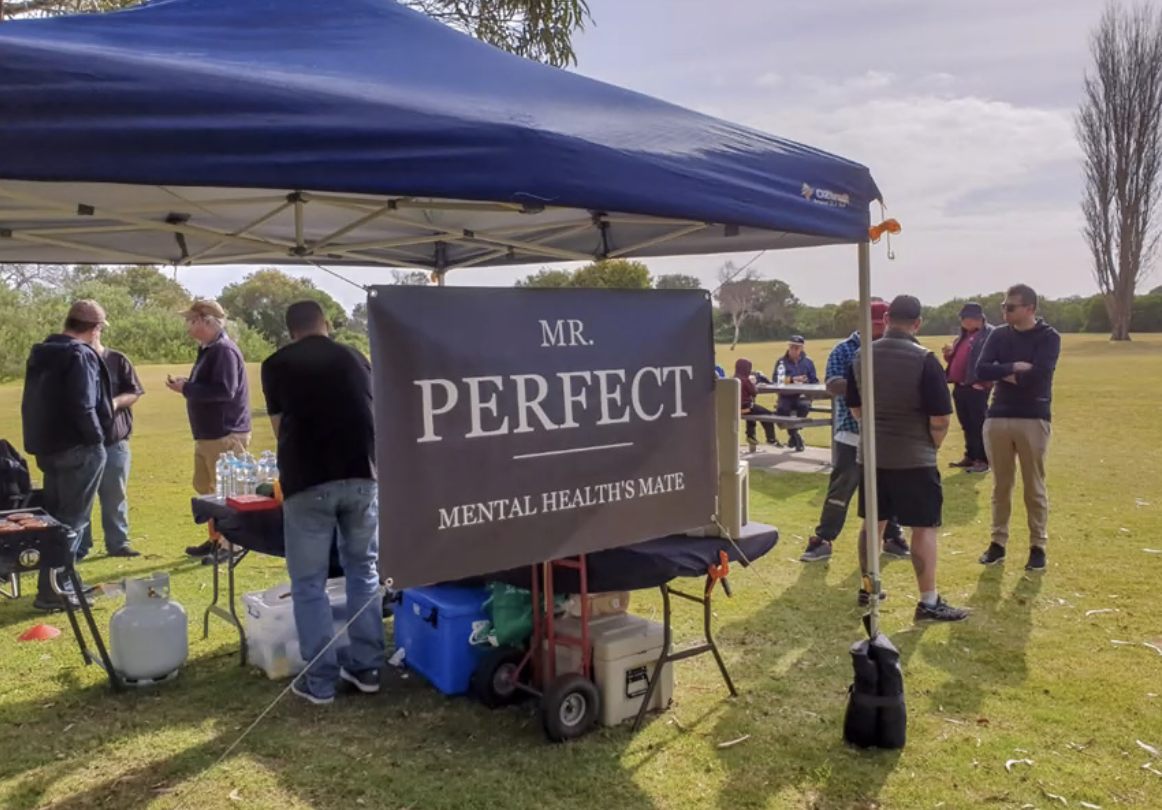 Full videos of each session will be made available at a later date.

Subscribe to our You Tube channel to keep in touch with new releases.