While 95% of Australian men considered their health to be important, around 30% don’t get an annual check-up.

The latest chapter of the Ten to Men longitudinal study on male health focusing on health literacy and health service use among Aussie men, also found less than half of those canvassed had recently visited the dentist.

The barriers were higher for men who identified as Indigenous Australian: only 25% had private health insurance compared to 59% of non-Indigenous men.

Ten to Men set out to get a better understanding of how Australian men value and perceive their own health, and how, why and when they access available services. They hope the findings can form targeted health promotion activities and policy to improve health literacy.

The researchers found that around 8 in 10 men only visited the doctor when unwell, and around 4 in 10 avoided talking about their health. Younger males “were more likely to visit the doctor only when pushed (41%),” stated the authors of the research undertaken by the Australian Institute of Family Studies: Neha Swami, Sonia Terhaag, Brendan Quinn and Galina Daraganova.

The first source of information and advice about health issues was most commonly sourced from family members, followed by the internet, unless the man was between the ages of 35 and 57, in which case a doctor or nurse was the second most common source.

“Overall, there appear to be inconsistencies between how Australian men value their health and view their ability to engage with health services and how they actually interact with the health care system.

“Many men view seeking health care as a response only to being unwell (i.e. not for preventive purposes).”

The report noted that rates of internet use for sourcing health information may have grown since the first wave of research was conducted in 2013/2014. There had also been a substantial increase in telehealth usage during the COVID-19 pandemic.

“Online care is not always an adequate replacement for in-person service provision but enhancing rates of internet usage for the purposes of sourcing health information and help seeking among Australian males could help overcome barriers to professional support among this group more generally, and facilitate timely access to health care and pertinent information (e.g. by increasing knowledge of available services).”

Health Literacy and health service use among Australian men is the fourth chapter in a series released this year by Ten to Men.

Chapter Two followed with the theme of risky drinking 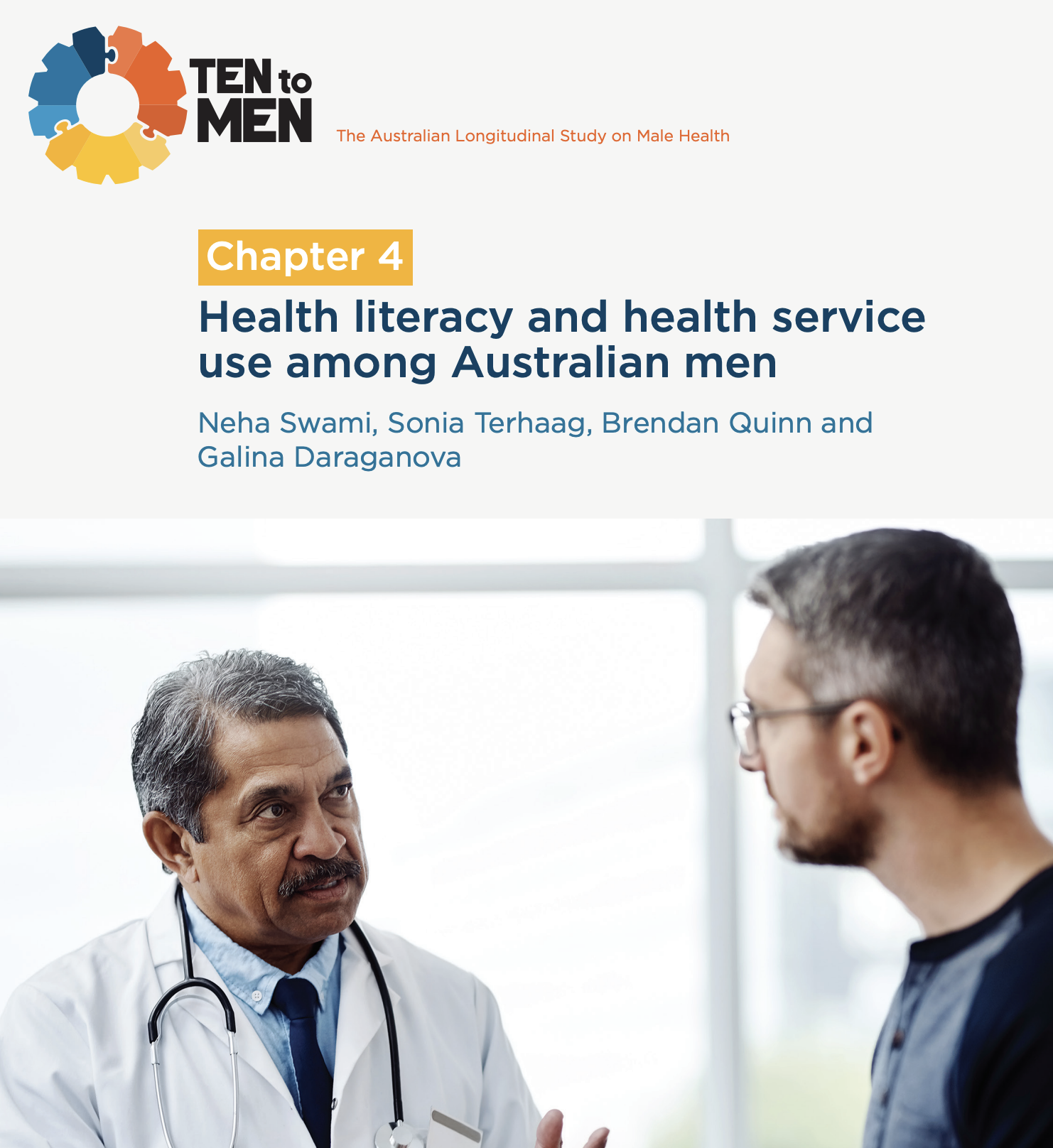