The Prime Minister’s Suicide Prevention Adviser has appointed an Expert Advisory Group (EAG) that includes at least one member who will advocate for more focus to be placed on male suicide prevention.

Christine Morgan, who was appointed to the new position of National Suicide Prevention Adviser in July, convened the inaugural meeting of her EAG last month.

At the meeting, members of the EAG had the opportunity to hear Ms Morgan speak about how every suicide creates a ripple effect that flows through families, friendship groups, schools, workplaces and communities.

She also spoke about her role and what she is hoping to achieve over the term of her appointment. She outlined her expectations for the EAG and its role in providing advice on the coordination and effectiveness of suicide prevention activities, including those that address the drivers of suicidal behaviour across government, the private sector and civil society.

Discussions at the meeting were led by Mrs Lucy Brogden AM as Chair, and Mr Alan Woodward as Deputy Chair, who are undertaking these positions as part of their roles on the Board of the National Mental Health Commission. 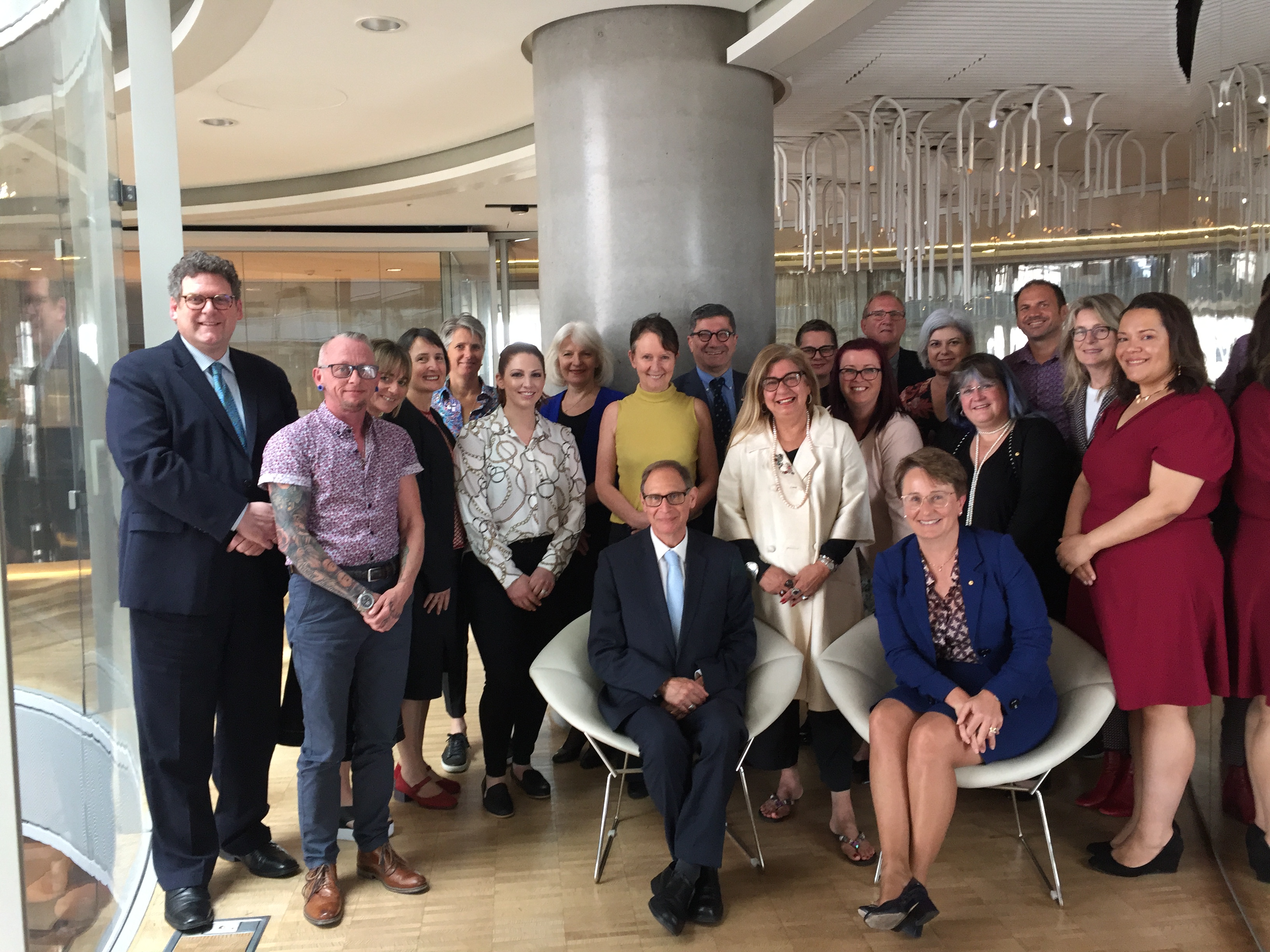 It also looked at the broader social determinants of health and whether they are being adequately considered and addressed through policy and practice.

Opportunities to improve data and research along with linkages across government, services and supports with a particular focus on individuals and communities that may be in distress were also considered.

In closing the meeting, Ms Morgan noted the importance of the group to her work and the vital role it would play in working towards zero suicides. Members of the EAG will connect out of session to expand on the initial discussion and will meet again in early 2020.

Members of the EAG include Graeme Holdsworth, a lived experience advocate, Professor Jane Pirkis, who has published numerous papers on male suicide and AMHF’s CEO, Glen Poole, who undertakes work on male suicide prevention through the Stop Male Suicide project.

“The appointment of a National Suicide Prevention Advisor by the PM has created a unique opportunity to make suicide prevention a priority for the whole of government. As a member of the Expert Advisory Group, I have one goal, which is to advocate for government to take male-friendly approach to suicide prevention. As three in four suicides are men, most people would agree that the majority of resources we invest in suicide prevention should be focused on keeping men at risk of suicide alive”.

Ms Morgan will deliver an Interim Report, with draft recommendations to improve the whole-of-government coordination and delivery of activities in July 2020 and final report by December 2020.