Tasmen has consistently delivered programs such as the Tasmanian Men’s Gathering that are created by men for men.  They train and practice the provision of a safe non-judgemental and respectful space that provides powerful and open sharing between men. Tasmen say the exhibition is a bold step to ‘come out’ as men with heart, to share some of the diversity, challenge, power and beauty of men connecting deeply in their own space and time.

The exhibition continues to reach new audiences and has increased participation in Tasmen’s gatherings. Comments from women have included; “how wonderful to see real men loving and being loved”.  Feedback from men include this comment: “I’ve been told for years it wasn’t ok to be a man… to be me.  But these Photos show that’s absolutely, categorically wrong!” 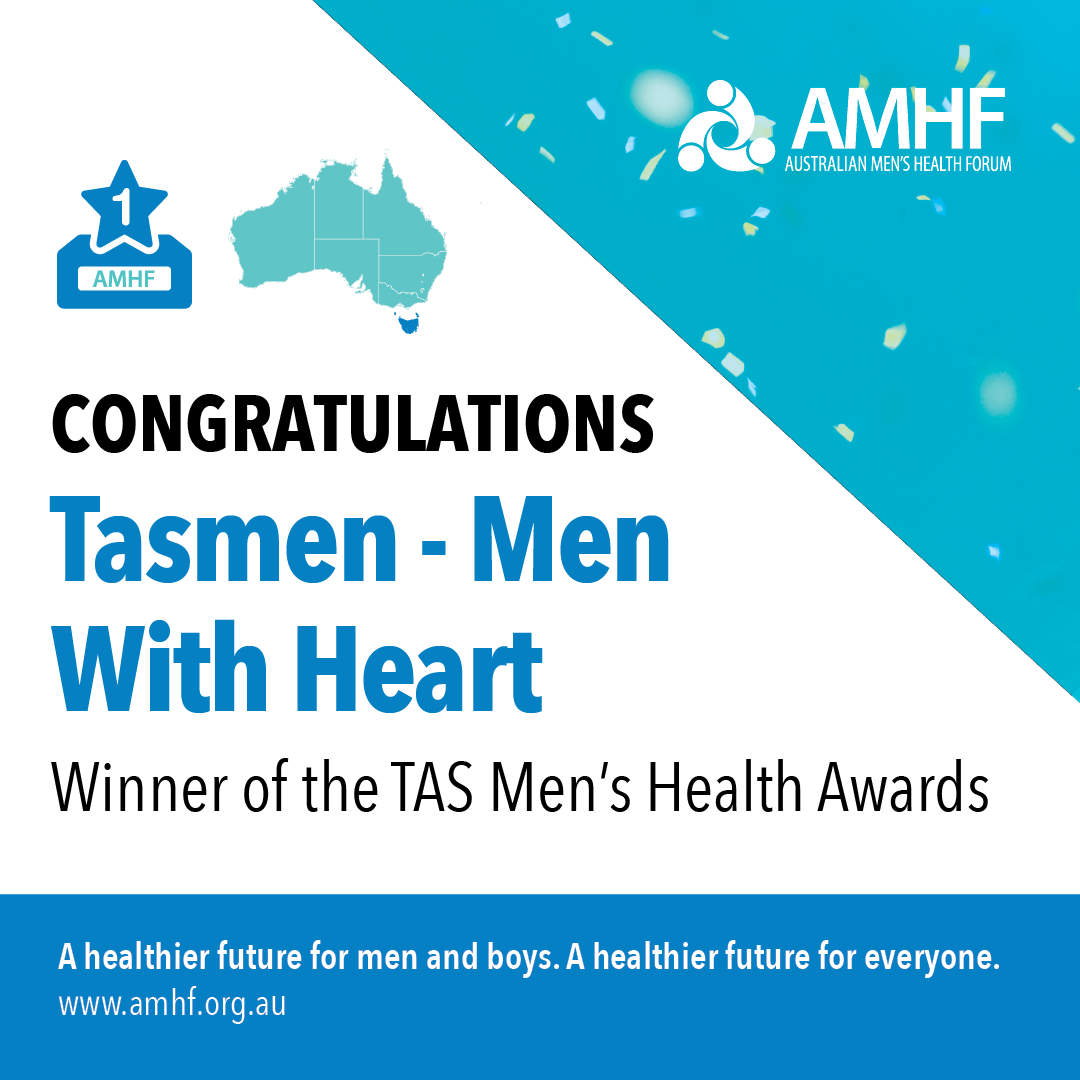 In Tasmania the following were also shortlisted from an outstanding field:

Dads Group Inc says there is little support for new Tasmanian dads during the early months and years of parenting. They are committed to connecting young dads by inviting them to join one of their three existing dads’ groups or to start their own.

Rural Alive and Well helps individuals, families and communities through mental health issues with a focus on suicide prevention. More than half of the people its rural outreach workers engage with are men. RAW prides itself in being “your mate in tough times”

SPEAK UP! Stay ChatTY was founded by Mitch McPherson after losing his brother to suicide. Mitch aims to raise awareness about mental health and suicide prevention, and encourage people to support one another and seek help when they need it.