On Monday in Brisbane, TradeMutt took out the Brisbane ‘trophy’ and yesterday in Canberra, Men’s Health Downundertook top honours with Mr. Perfect claiming top honours in NSW.Today in Hobart, Men with Heart by Tasmen, were in first position for the Tasmania Awards. 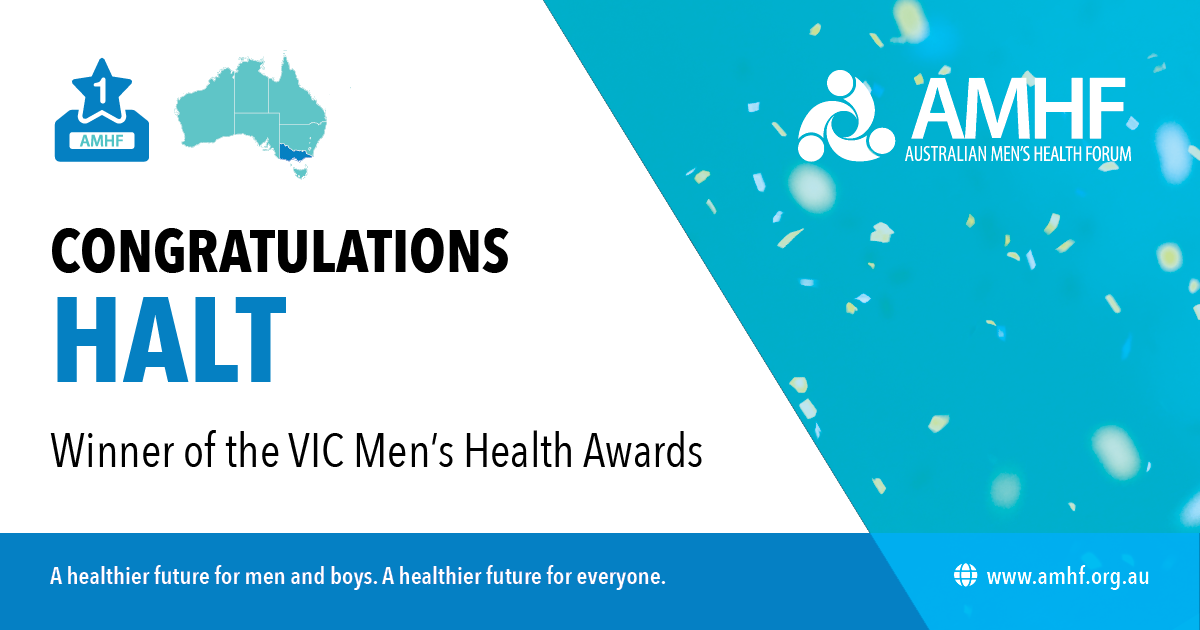 As a tradie, co-founder Jeremy Forbes is with familiar the culture of the male-dominated building industry. HALT’s “Save Your Bacon” breakfast events are effective at engaging tradies in conversations about issues like mental health, suicide prevention and bullying at work. HALT’s work was initially targeted at tradies and this has expanded now to include farmers, sporting clubs, council depot workers and men’s sheds.

Since its launch in 2013, HALT has held more than 200 events in five states and reached 1.3 million worldwide through a TED talk by co-founder, Jeremy Forbers. In 2019, HALT secured $2 million in Government funding to expand its work by employing HALT workers across Victoria. 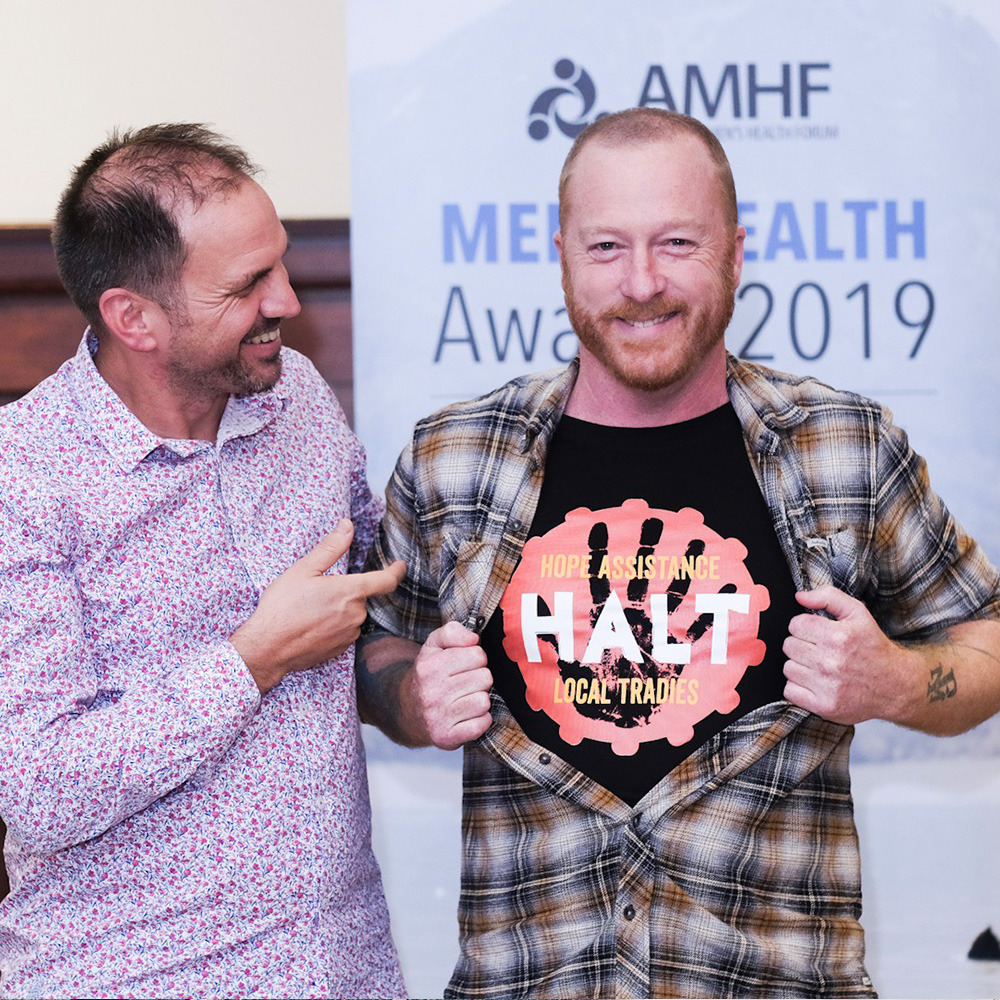 Forbes, a house painter, said young apprentices were vulnerable and taught nothing about finances, alcohol and relationships when they were learning their trade.

"We guys into bloke cultures with nothing," he said. "Do you think the average blue collar worker even knows what anxiety and depression is?

"The curriculum has to change."

Forbes said grassroots organisations and innovation were fundamental to making change happen, adding that: "Everyone needs to collaborate. We can't be in silos."

Find out more about HALT.

In Victoria the following were also shortlisted from an outstanding field:

Tomorrow Man, who targets its programs at men and boys in schools, sporting clubs, workplaces and communities.

When Prostate Cancer Joins You In The Bedroom, a program for prostate sufferers and their partners developed by Gay Corbett, a Prostate Cancer Specialist Nurse with Ballarat Health Services.

Associate Professor Allison Milner, a Deputy Director of the Disability and Health Unit, Melbourne School Population and Global Health, the University of Melbourne. Allison is part of the advisory committee for the Longitudinal Study of Australian Men (“Ten to Men” cohort) and the National Academic Director of MATES In Construction, the workplace suicide prevention charity.