The Australian Men’s Health Forum presents the second instalment of our summer series on health initiatives that help men stay connected through exercise.

The name Mongrels Men sets the tone for what Tim Hewson hopes will inspire more men  across Australia  to connect through movement.

Fourteen years ago, the Mongrels Masters was borne out of a desire to start something special around a game that Tim and many of his friends loved: golf. It became an annual event.

“We were standing on the sidelines watching our wives play soccer and we thought, ‘why aren’t we doing this?’

“Out of that we built an incredible community. The Mongrel ethos carried from golf into soccer. It was self-supporting. It was blokes exercising and relying on each other in tough times. It was about looking out for our mates, having conversations.”

He was taken aback when one bloke took him aside and said he didn’t know how he would have survived without Mongrels Men. The training and the camaraderie had literally been a life saver. “This is the only 90 minutes I get to myself,” the man told Tim. It blew him away.

Tim, a national sales manager for ING and still heavily involved in the online bank’s wellbeing initiatives, had experienced his own challenges and battles with anxiety.

He had been through a divorce and needed to reach out to people for support.

“I needed something myself,” he says. “I wanted to do something about the connection of movement, mental health and fitness.”

As Mongrels Men evolved in and around Sydney’s coastal beaches, people encourage him to keep his activities local, to steer clear of becoming a charity. There would be too much compliance, they said, it would be too distracting.

But in order to have the greatest impact on the greatest number of people, he needed funding to scale operations.

“I did everything everybody told me not to do,” says Tim. Mongrels Men was incorporated in 2021. The logo changed and merchandise sold from the newly developed website. 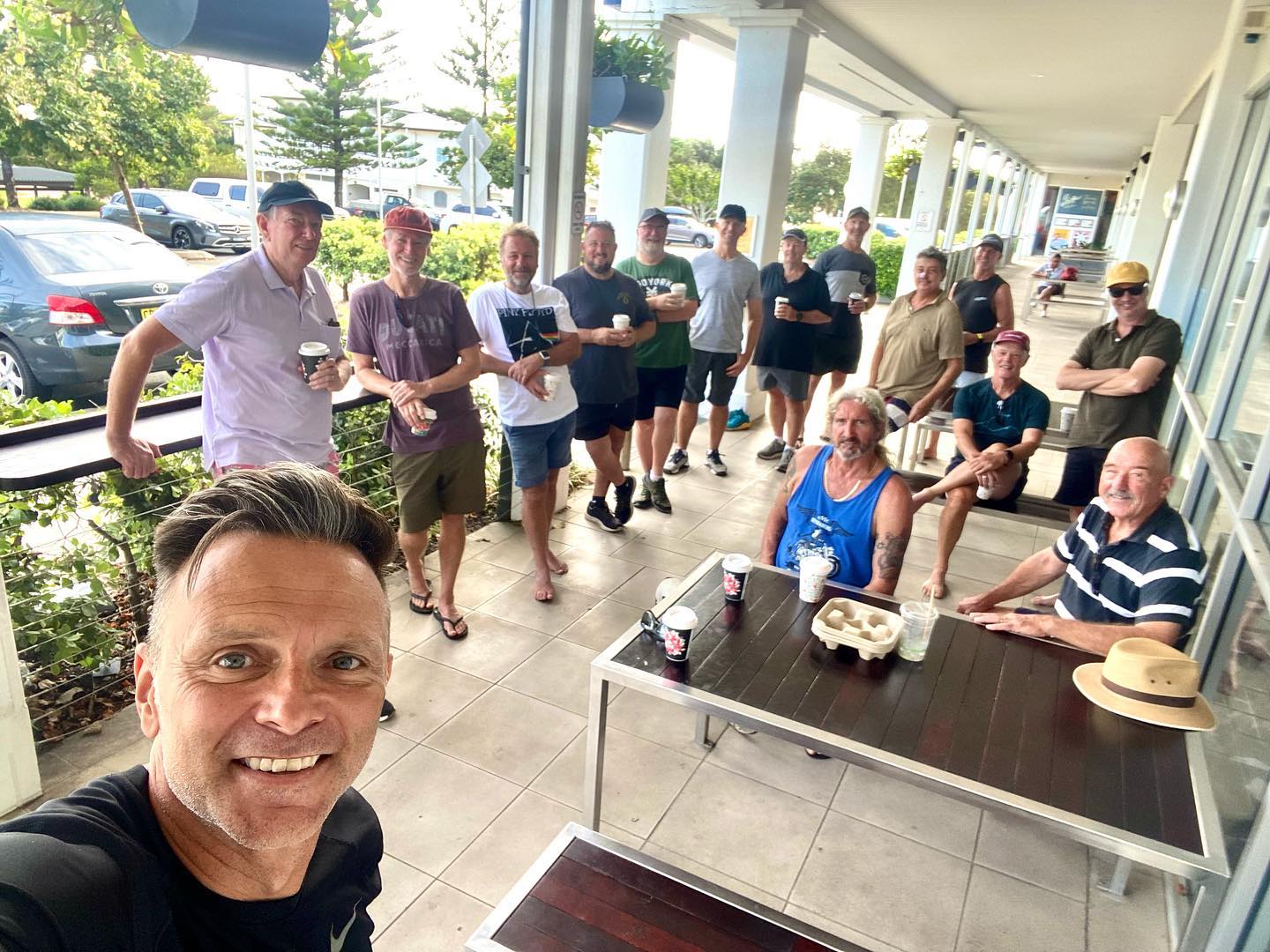 A range of activities and meet-ups were organised to suit a variety of tastes. There were physical challenges, endurance walks, a 30m handstand challenge, sunrise surfing, free yoga and pilates, team sports.

“I saw the impact it was having on others. It just makes you feel good. I work hard, I need something outside of that. I don’t see it as a chore, it’s where I get my energy.”

While Mongrels Men does offer social soccer and beers on Thursday evenings for those who can’t commit to a team,  Tim is adamant the meet-ups are not about blokes sitting around and drinking in a pub.

“Men connect better when they have something to do, it helps them open up and have more meaningful conversations.”

Regular exercise also reduces depression and anxiety, “the physical and mental benefits are amazing,” he says. “The research also suggests a program of activity can be as beneficial as medications.”

Tim now has Community Champions in Manly, Dee Why and Kingscliff, 30 minutes south of the Queensland border. He has a five year strategic framework and strong interest from Western Australia, Canberra and Melbourne.

“We’re new, in the start-up phase. Once we are a charity, we can focus on rolling out the Community Champions program to 800-1000 men.

“I would love to be able to spend more time doing this. I just can’t do that until we scale up.

“I don’t want to be working 60-80 hours a week. I want to set something up I can dedicate more time to.”

They undertake different activity based on skills and come together at the end. The Mongrel ethos is about strength coming from the pack.