Connecting through exercise: Cycling to wellness

The Australian Men’s Health Forum presents the sixth instalment of our summer series on health initiatives that help men stay connected through exercise.

Ashley Bennallack, founder of CycleWELL, was a corporate high flying marketing manager before a distressing life event changed his course at the age of 40. His mother was diagnosed with pancreatic cancer and died 15 weeks later.

“She said it was okay to go because, ‘you are all happy doing what you are doing in life.’

“That was a real, ‘aha’ kick in the guts. Secretly I was not happy at all. I was only doing it because I was good at doing it, providing for the family. I was good at that.”

Ashley’s mother’s passing reminded him of life’s brevity and that it was time to start doing what he wanted to do. “That was the catalyst for it all.”

He severed connections with the corporate world last October, building a new life in mental health and wellbeing training, an area he had become interested in while working at the Bendigo Bank and delivering resilience and wellbeing programs across 8000 staff.

That’s how CycleWELL came about, organised cycling retreats for blokes coupled with subtle personal development and wellness activities, some as simple as sitting around and sharing stories.

Cycling as an activity fits in well with family dynamics, says Ashley. “Cyclists get up early in the morning, it’s low impact, it gives you that sense of community and engagement.” 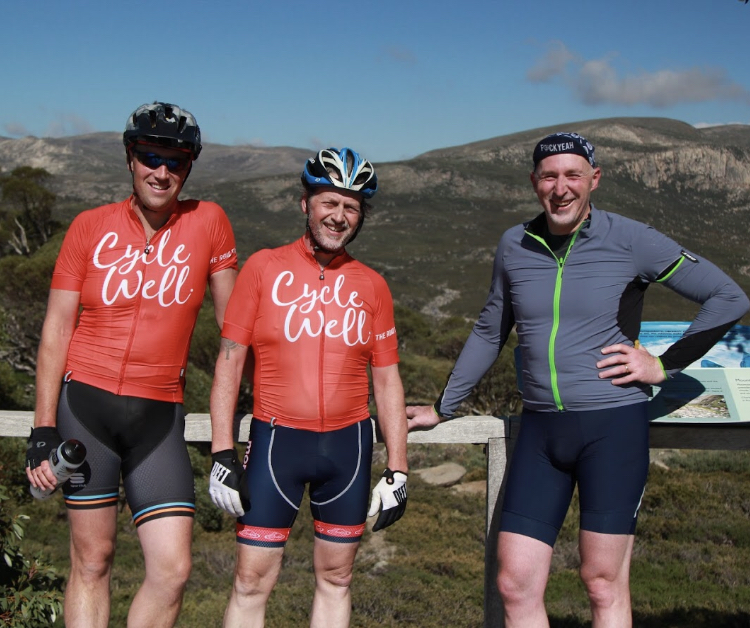 Bushfires led to the cancellation of three men's events in 2019, then after Ashley ran one men’s event in 2020, “everything turned to shit with COVID,” and he has struggled to get interest since. He has currently suspended all men's events, but is open to designing a custom event for groups of men. Contact [email protected] to discuss and or check out: https://www.facebook.com/cyclewellau

Outside of this venture, Ashley has become a registered trainer for Be Well, the first spin out from the South Australian Health and Medical Research Institute (SAHMRI).

Be Well’s stated goal is to make it easier for people to create positive wellbeing habits and has created tools and programs for individuals and organisations to improve their mental health and wellbeing on a large scale. 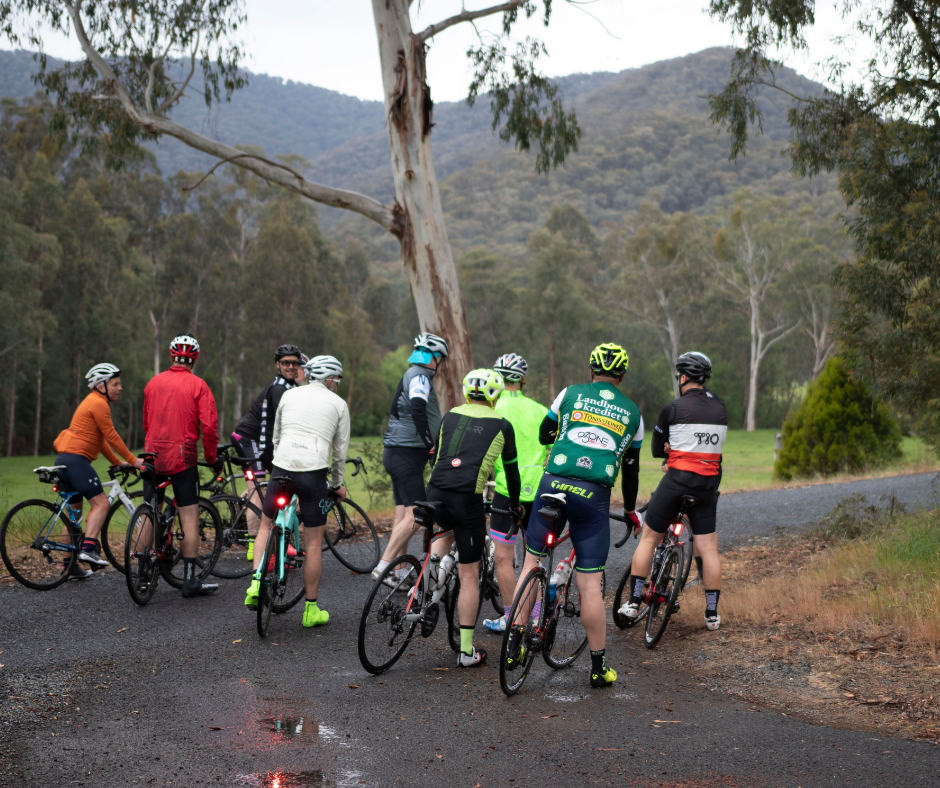 Ashley’s deeper motivation is to live a healthy life for as long as he can. His mother had a pacemaker, his father died with cardiovascular disease and dementia. He wants to “counteract the shitty genetics I’ve been given.”

As a young boy, Ashley says he was the fattest kid at school. When he was assessed for tonsilitis in Grade 5, the doctor said: “the biggest issue isn’t your tonsils, but you are clinically obese, and you won’t live too long.”

His parents owned a milk bar throughout his primary school years and work 18-hour days. “They sat me in front of the TV and fed me. I was getting fatter and fatter and fatter. I used food to resolve boredom. Mum would say, ‘it’s just puppy fat, you’ll lose it.”

As an adolescent, the ultimate humiliation was hearing a girl pronounce in front of his mates: ‘He’s nice but he’s too fat. I would never go out with him.’

Ashley decided to reverse his obesity but went too far and developed an eating disorder. He ran 5ks every night, went to gym after school, and shared the meat in his meals with his fox terrier. One day he passed out on the kitchen floor with glandular fever.

The next stage was body building, Ashley set out to be his hugest self. He can now relate to men caught in body dysmorphia and it has enabled him to build empathy with blokes, whatever their physical size or issue.