The Australian Men’s Health Forum presents the first in a summer series on health initiatives that are helping men stay connected through exercise.

His wife Bec had suggested he do something to break his routine, which at the time involved working late and watching Netflix shows until after midnight. The regime wasn’t helping his overall sleeping, mood, or sense of well-being.

Setting out at 6am and returning an hour later with fresh bread, he cut sandwiches for his kids and greeted the day feeling “good, happy and awake, not rolling out of bed feeling a bit dopey.”

A couple of his mates decided to join him. Then more. It had a name: The Man Walk and the numbers multiplied.

A second group started in Wollongong and another in Tweed Heads. The group’s Facebook page shared photos of the Man Walks and a sense of camaraderie grew.

Mark soon realised that what he had felt on his own at dawn, resonated with men who wanted to connect with others and get some exercise. “It’s been reported that two thirds of men don’t have another man in their sphere that they feel they can have a meaningful conversation with,” Mark says.

“I’ve stayed well connected through sports but it saddens me that I’ve met so many blokes who are lonely who don’t have anyone to talk to.”

The Man Walk gave blokes a community. No commitment, no sign up, no cost (unless they chose to buy a t-shirt and cap). All the hallmarks of a male-friendly initiative: no barriers to entry.

“There’s something tribal about being part of something, being connected,” says Mark.

“A morning walk is good in many ways, it’s a great way to start the day, on the right foot literally. We recommend 45 minutes to an hour maximum.” 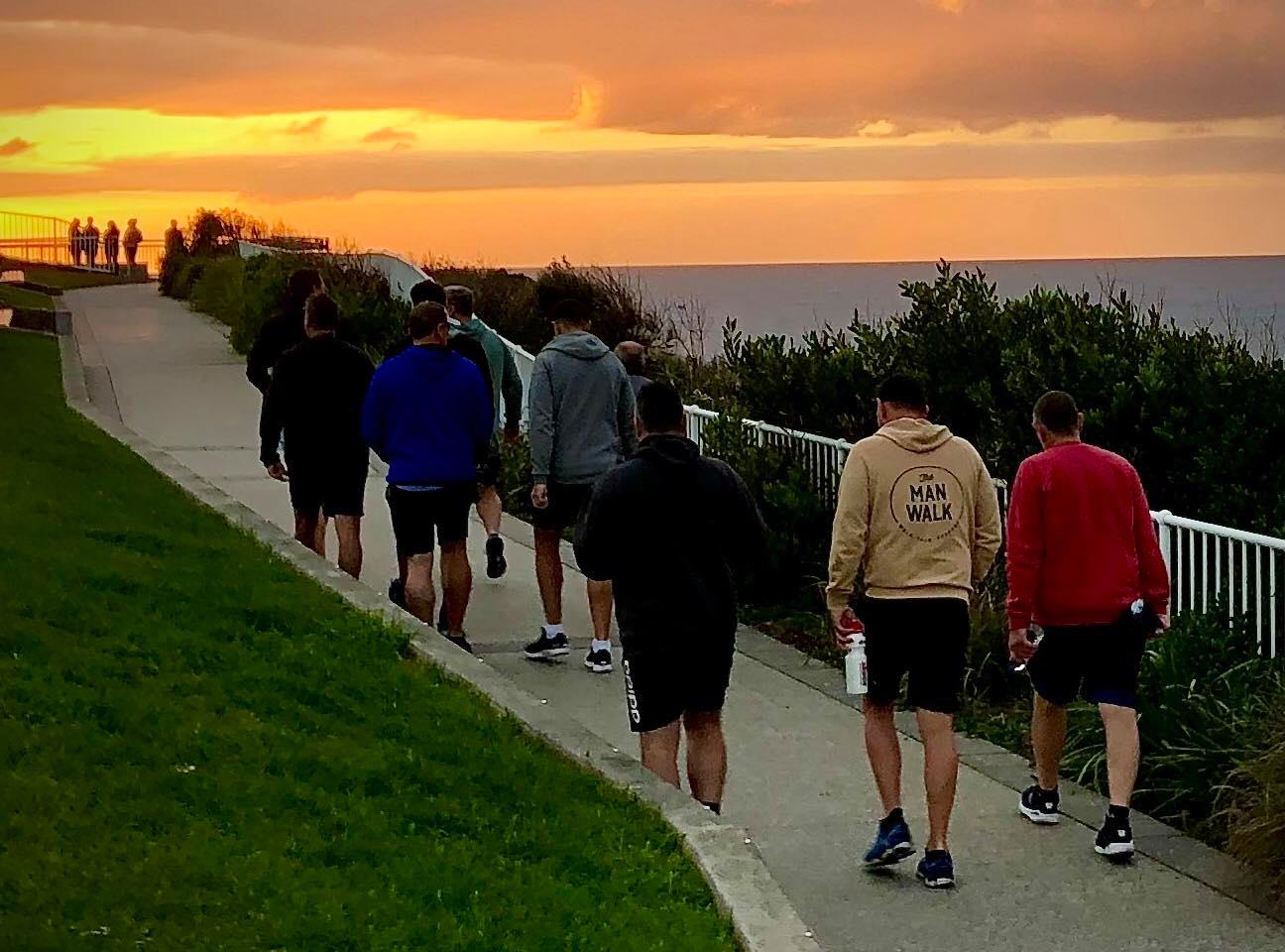 The Man Walk groups can now be found in 80 locations  around Australia as well as one in London and another in Dublin. The biggest spike happened after a post on Facebook in June 2019 went viral, a photo of some men walking along Wollongong Harbour. The post received 1.3m ‘likes’ and was shared 8000 times without the help of any paid advertising.

“Next thing I was getting calls from the Today Show,” recalls Mark.  He was on the front page of local newspapers, and received a steady stream of emails and messages from other men wanting to start a Man Walk.

He set up the structure for the organisation, trademarked the logo and registered it as an incorporated association and charity.

The next phase was to put a Board of Directors in place and a pathway to achieving The Man Walk’s Strategic Plan. What hasn’t changed, and won’t, is the logo and tagline: walk, talk, support.  “It’s simple and powerful”, Mark says, “We came up with it in five minutes. Connecting Men, Strengthening Communities. More connected men make better husbands, fathers, bosses. I wouldn’t change any of this.”

Mark is aiming high and wants to attract funding from the corporate sector so that he can support 300 Man Walks across Australia by the end of 2023, typically drawing men aged 30-50 who get caught up working, or trying to be a good dad, husband and father.

“There’s not much time for other stuff,” he says, “You get stuck.” 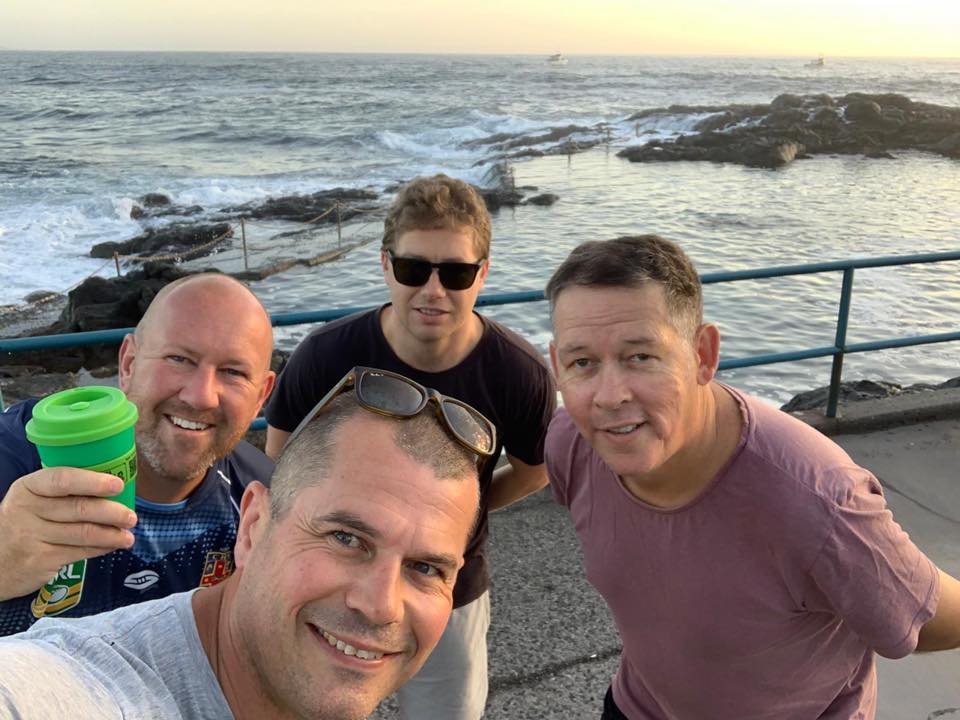 Mark Burns (with coffee cup) out on a Man Walk with mates.

FIND OR START A MAN WALK