On Monday in Brisbane,  TradeMutt took out the Brisbane ‘trophy’ and yesterday in Canberra, Men’s Health Downunder took top honours with Mr. Perfect claiming top honours in NSW. Yesterday in Hobart, Men with Heart by Tasmen, won the Tasmania Awards and HALT (Jeremy Forbes) was top place in Victoria.

The Rotary Men’s Wellness campaign allowed isolated men to connect with an important message. Each host town held an opening night which consisted of male guest speakers sharing their stories, with beer and nibbles creating an informal atmosphere.  A brochure called Mentally Fit Bloke was created to provide men with information about services. The content was also turned into drink coasters to help reach out to men in pubs and sporting venues. 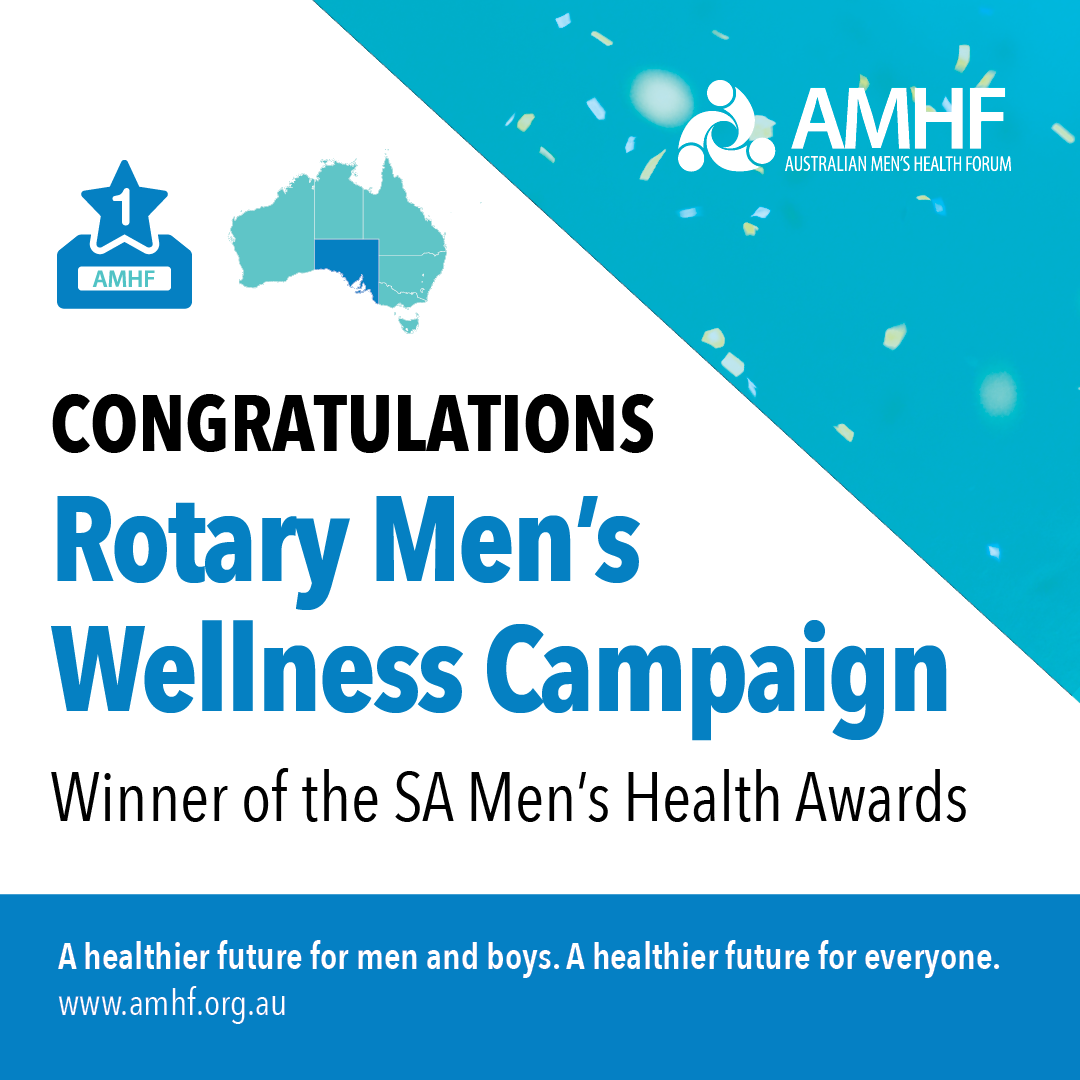 In South Australia the following were also shortlisted from an outstanding field:

The Rite Journey, a year-long Rite of Passage Program delivered in school settings which works with around 5,000 young men every year. The curriculum follows 4 themes: Who am I really? How do I get on with others? Is there something more? What do I have to give?

Hart Wellbeing: Anthony Hart is a men’s mental health advocate, with a clear focus on providing ‘early stage intervention tools’ people can use to help them better confront early signs of stress, anxiety and depression. Through Hart Wellbeing, he has developed the Lifeback Tracker App and delivered the Save Our Mates roadshow to 17 towns in South Australia.