Celebrating dads: Man with a Pram rolls on for Father’s Day

The Man with a Pram movement is rolling with the times and asking new fathers to show solidarity across social media leading into Sunday 6 September.

The Father’s Day MWAP initiative has been gathering hundreds of new followers across Australia in the interests of building stronger local communities and providing an outlet for new fathers to connect.

In 2019 hundreds of dads with strollers, infants, toddlers and young children, gathered in 19 cities across every state and territory in Australia on the first Sunday of the month in September.

With COVID-19 playing havoc with many physical gatherings this year, the MWAP social campaign – organised by Melbourne member and father of three Adam Lust  – is asking dads to post a photo of themselves plus pusher (and offspring) throughout this week and especially on September 6.

There are prizes to be won if people use the hashtag #MWAP2020 with their photo, whether on a lockdown leave exercise pass this Father’s Day, or at a larger pram gathering.

Dads Groups are a growing thing in Australia, driven by Dads Group founder Thomas Docking, who is on a mission to “change the culture of fatherhood for the better”.

He took the dads group meetings online as a result of the coronavirus pandemic, and every day blokes attending the Digital Dads Group  log on to zoom at 10am EST with coffee and kids.

"The social impact of COVID-19 this year has disrupted the opportunity for face-to-face meetings in many parts of the country," he said. 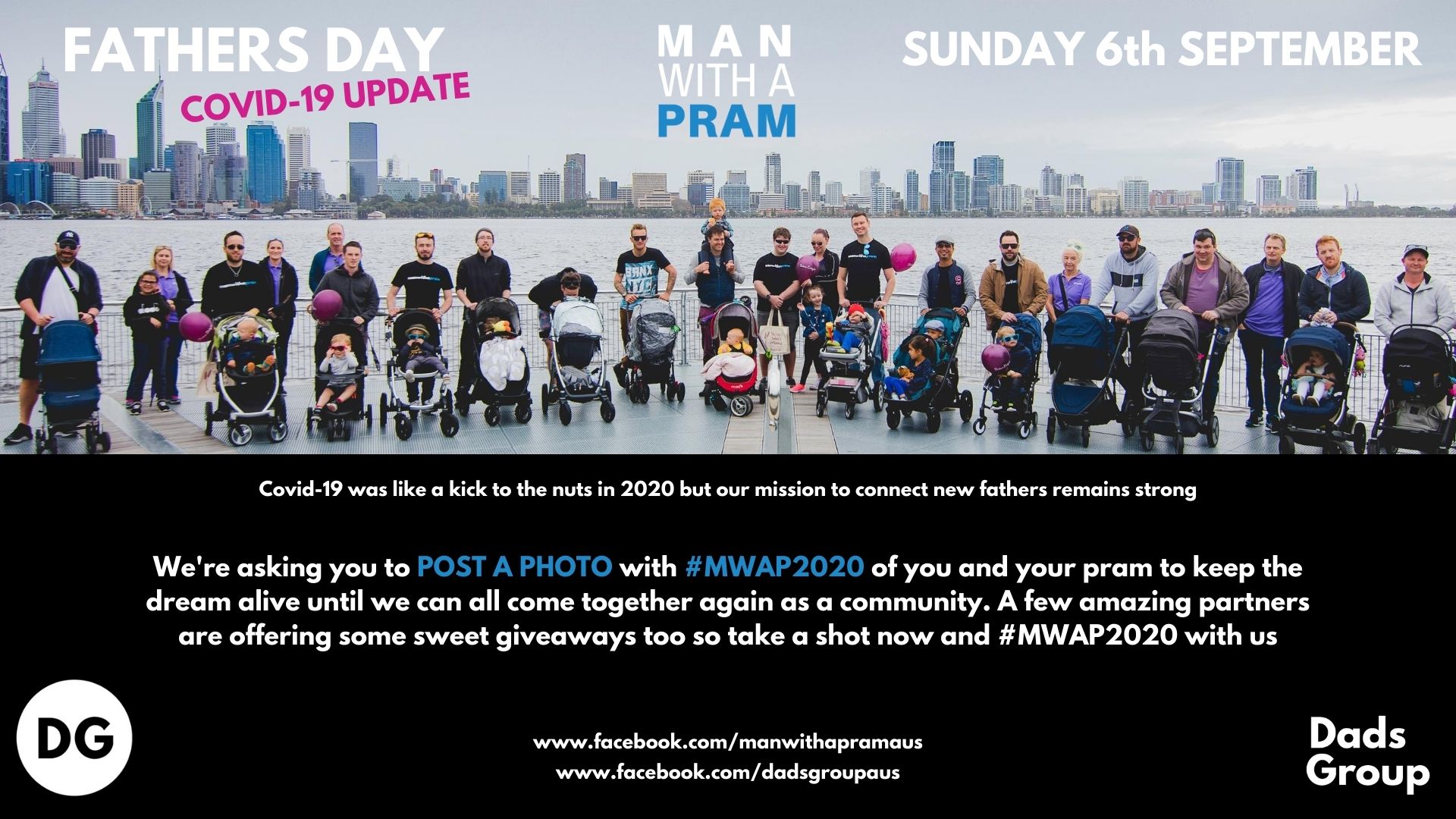 The Fathering Project has also announced a Father’s Day social media campaign, asking followers to share their #bestdadmoments across Facebook and Instagram. They will choose 30 short videos to post in a special Fathering Project Celebrating Fathers Gallery.

Read: Dads Group calls out to Bring a Dad online

Read: Man with a Pram reaches dads in a dad-friendly way (AMHF)

CHECK OUT THE DAD FILES ON AMHF

How COVID-19 has changed fathering forever